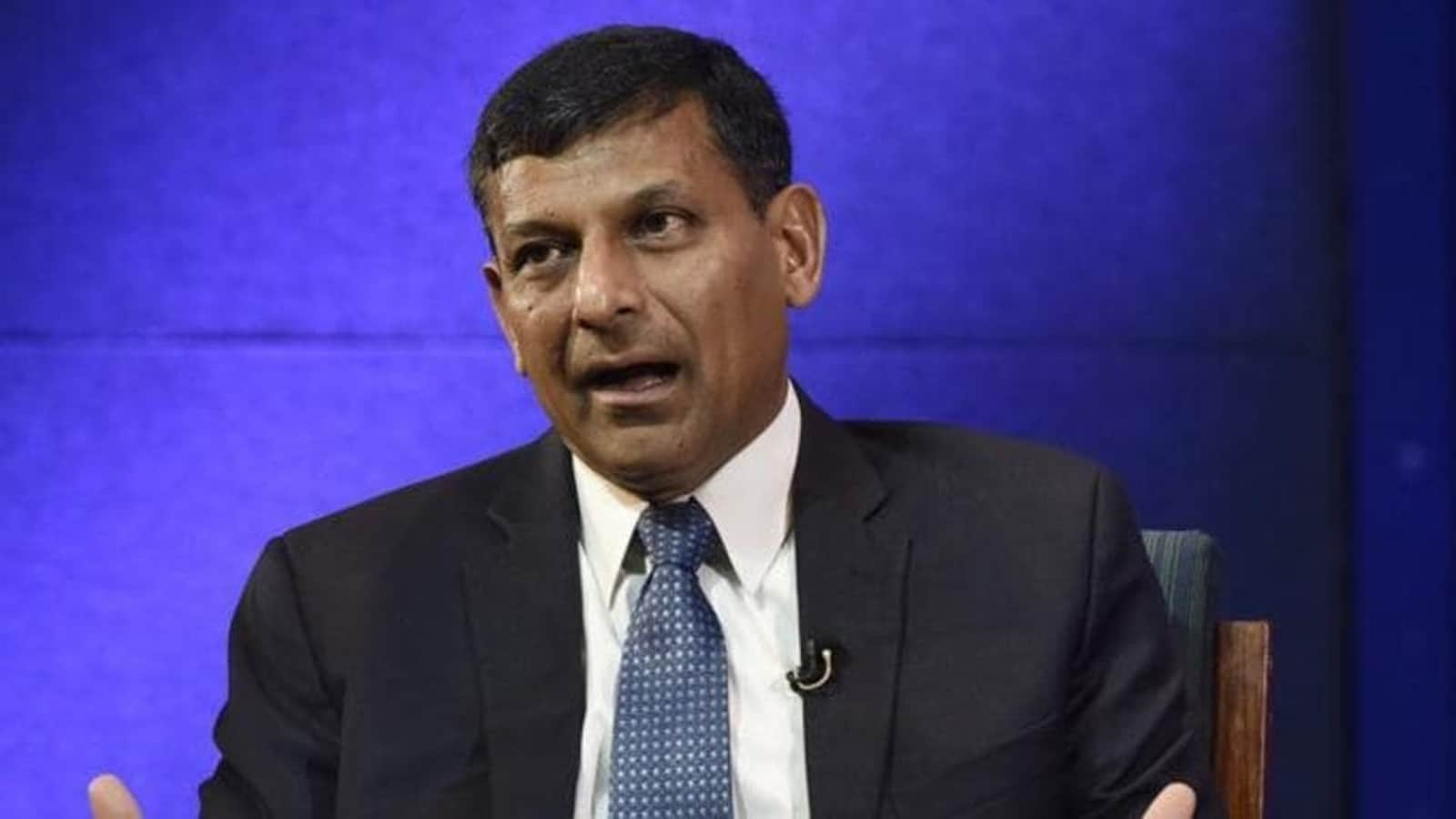 Referring to the recently released annual report by the World Bank wherein experts predicted a global recession in 2023, former Reserve Bank of India (RBI) governor Raghuram Rajan has said that it is premature to think that India will replace China in influencing the world economic growth.

“The argument that India will replace China is very premature as India is [a] much smaller economy as of now,” Rajan said on Tuesday at a press briefing of the World Economic Forum (WEF) Summit being held in Davos, Switzerland till January 20.

He, however, added that the situation may change in the future as India is “already the fifth largest economy” in the world and “it can keep growing”, according to news agency PTI.

Rajan’s statement comes a day after official data showed China’s economy grew only 3 per cent in 2022, which was one of weakest in 40 years. The slump was attributed to the Covid-19 pandemic and a real estate crisis.

Furthermore, official data revealed on Tuesday that China’s population dipped in 2022 for the first time since 1960, causing more concern for the Asian country’s economy and cementing the possibility of India overtaking as the world’s most populous nation soon.

The former RBI governor said any recovery in the Chinese economy would boost the global growth prospects. He added that policymakers at this point of time are looking at the labour and housing markets.

Talking about the US, Rajan said housing sales are not bleak in the country, but real estate prices are also not dropping.

“Is it all gloom and doom? Not probably…If Mr Putin decides to end the war (Ukraine war due to Russian invasion of the east-European country), there would be certainly an upside,” he added.

“China is working its way through pandemic and there would be a Chinese recovery this year, probably as early as March or April. Some of that would be in domestic services which may not have any impact outside. But any improvement in manufacturing may have some impact by way of softening prices outside,” he said at the WEF briefing.

Last week, the World Bank in its annual report forecast that the global economy would come “perilously close” to recession this year, driven by weaker growth in all the world’s top economies, including the US, China and Europe.

It also slashed its prediction for global growth in 2023 by almost half to only 1.7 per cent from its earlier projection of 3 per cent. If the forecast turns out to be correct, it would be the third-weakest annual expansion in 30 years, behind only the recessions that arose from the 2008 world financial crisis and the Covid-19 pandemic in 2020, The Associated Press reported.

(With inputs from agencies) 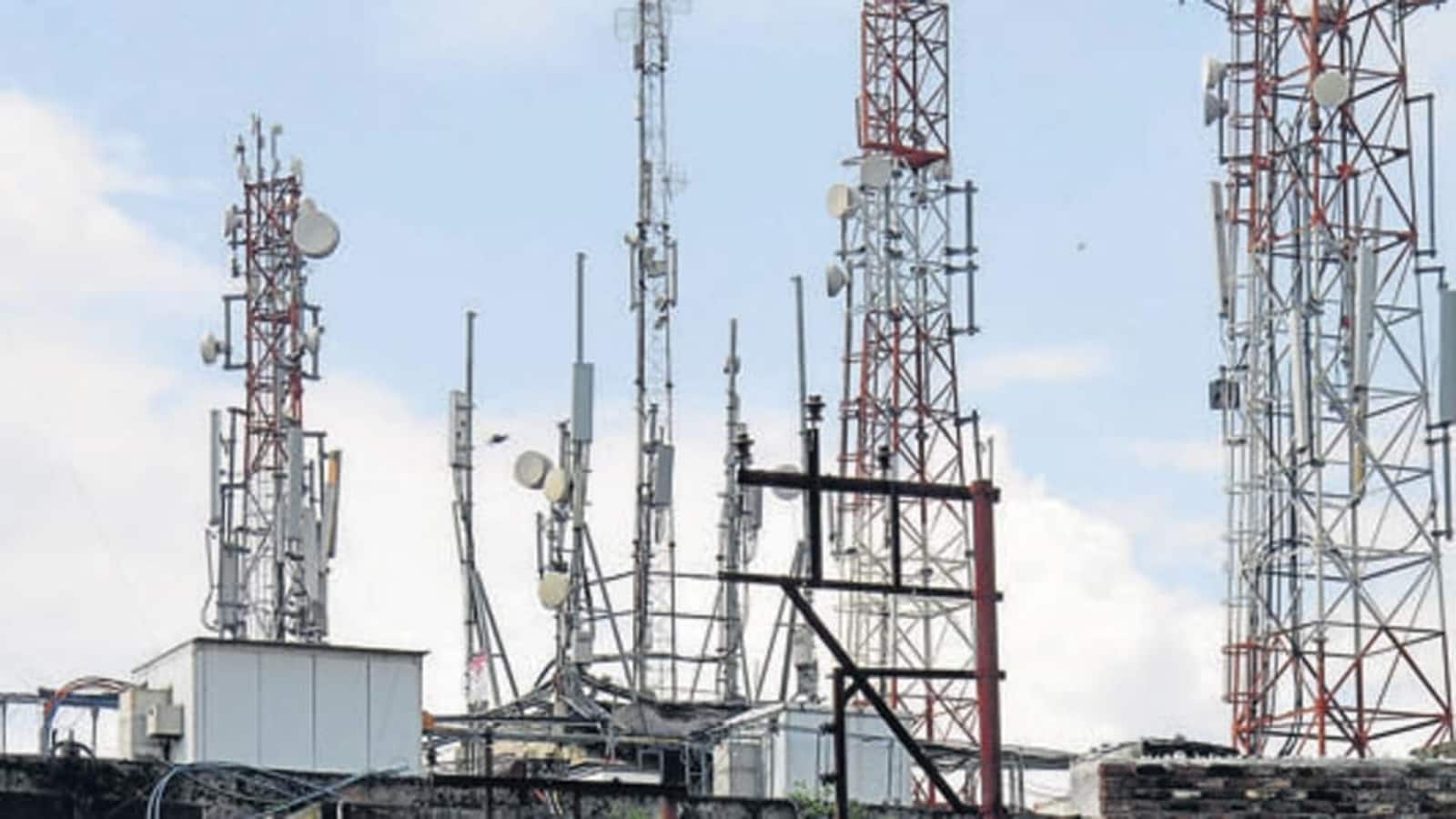 State-run BSNL, which is expected to roll out 4G and 5G services this year, will get ₹52,937 crore capital infusion from the government in 2023-24.

The government has allocated ₹2,158 crore for Optical Fibre Cable based network for Defence Services and ₹715.8 crore for telecom projects in the North Eastern states.

The Department of Posts has been allocated ₹25,814 crore and includes ₹250 crore capital infusion in the India Post Payments Bank. 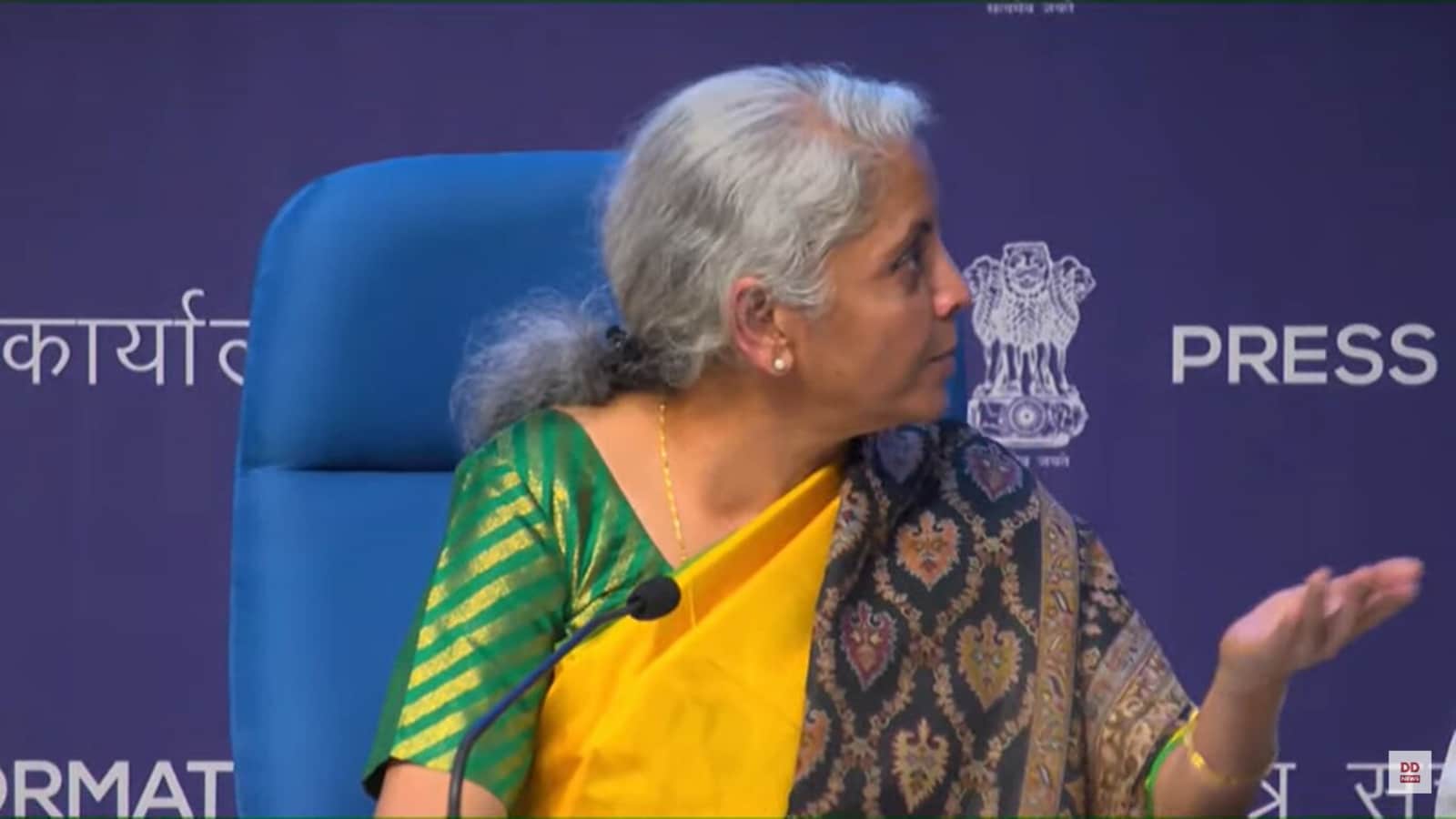 Finance minister Nirmala Sitharaman on Wednesday slammed reports that the Union budget for 2023-24 was ‘not good enough’ and that it offered little in terms of support for the middle class. Responding to a reporter’s question on opposition leaders’ criticism, the finance minister expressed utter disbelief and went: “Whaaat?”

The reporter had asked Sitharaman: “Opposition parties have been calling this ‘nil battey sannata’ (good for nothing) budget… they said [it is] not good enough.”

To this the finance minister pressed the reporter for specifics, asking for details about the opposition’s criticism. “For what reasons (are opposition parties saying this)… if I may know?”

An amused finance minister then quickly moved on from the question.

Does Budget 2023 benefit the middle class?

In her crucial Budget presentation, a year ahead of the next general elections, Union finance minister Nirmala Sitharaman raised the personal income tax rebate limit, doled out sops on small savings and announced one of the biggest hikes in capital spending this decade.

In one of the biggest announcements for the “hardworking middle-class”, as Sitharaman said at the Parliament today, the new Budget offered some relief to the middle class by increasing the rebate threshold in the new personal income tax structure. As a result, there will now be no tax levied for income up to ₹7 lakh, instead of ₹5 lakh, if opted for the new tax regime.

For the salaried class and the pensioners including family pensioners, finance minister Sitharaman also extended the benefit of standard deduction to the new tax regime. Now, each salaried person with an income of ₹15.5 lakh or more will stand to benefit by ₹52,500.

Sitharaman also proposed to cut the highest surcharge rate to 25% from 37.5% under the new income tax regime, making the maximum income tax rate about 39 per cent, down from 42.7 per cent, which was among the highest tax rates in the world.

Apart from this, the finance minister also announced that the limit of ₹3 lakh for tax exemption on leave encashment on retirement of non-government salaried employees will be increased to ₹25 lakh. The limit has been proposed for revision for the first time since 2002. 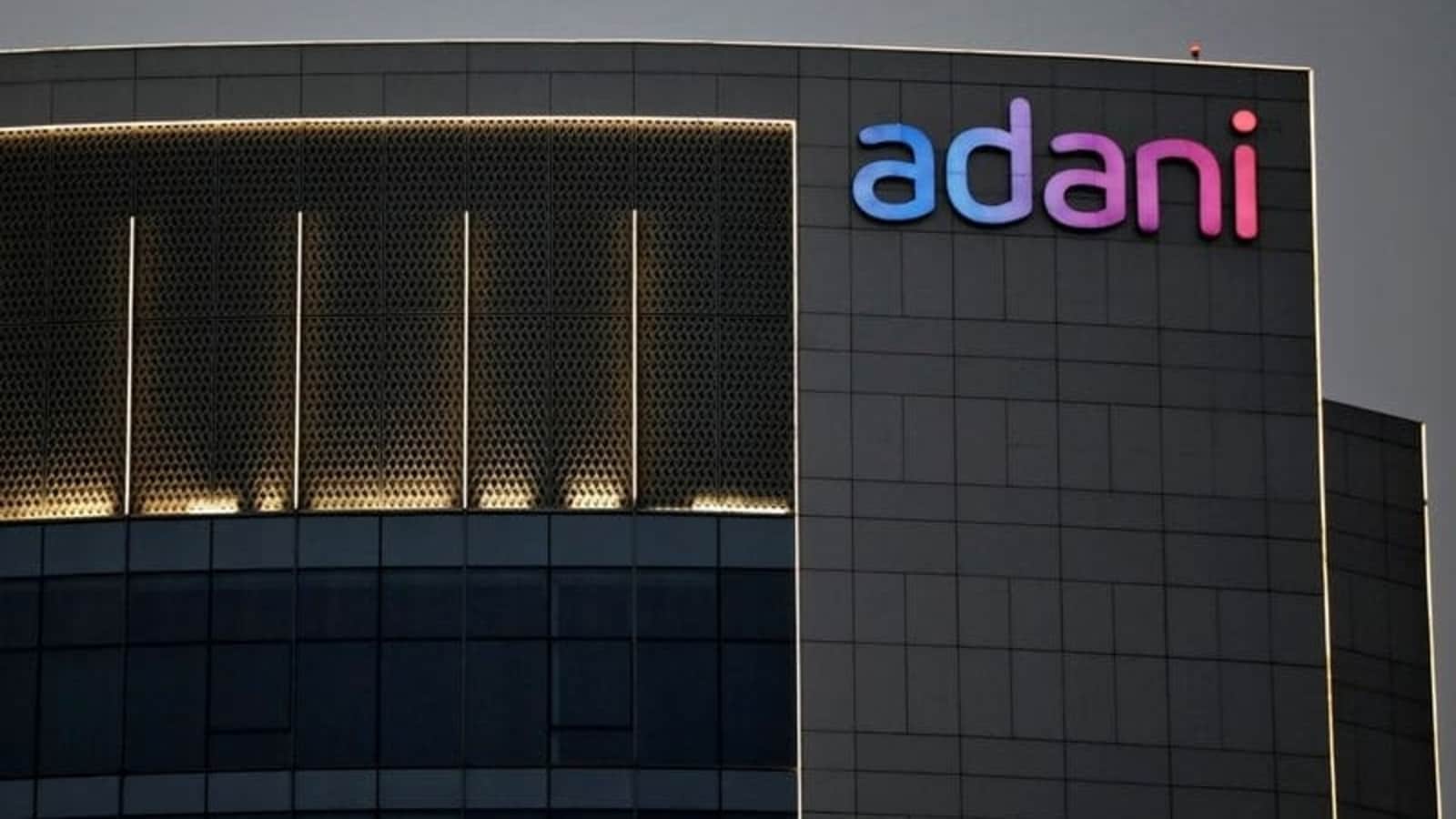 Ratings agency Moody’s unit ICRA on Wednesday said it was monitoring the impact of recent developments on its rated portfolio in Indian conglomerate Adani Group, whose stocks have plunged after a report by a U.S. short-seller.

Listed companies of the conglomerate founded by tycoon Gautam Adani have lost $86 billion since last week after Hindenburg Research accused the group of using tax havens and flagged concerns on high debt levels. Adani Group has denied the allegations.

ICRA-rated Adani Group entities do not have any immediate refinancing requirements, but requirements are expected for some entities from fiscal year 2025 onwards, it said.

The firm said the Adani Group’s large debt-funded capex programme remains a key challenge, and some of the planned capex is discretionary in nature and could be deferred depending on its liquidity position.