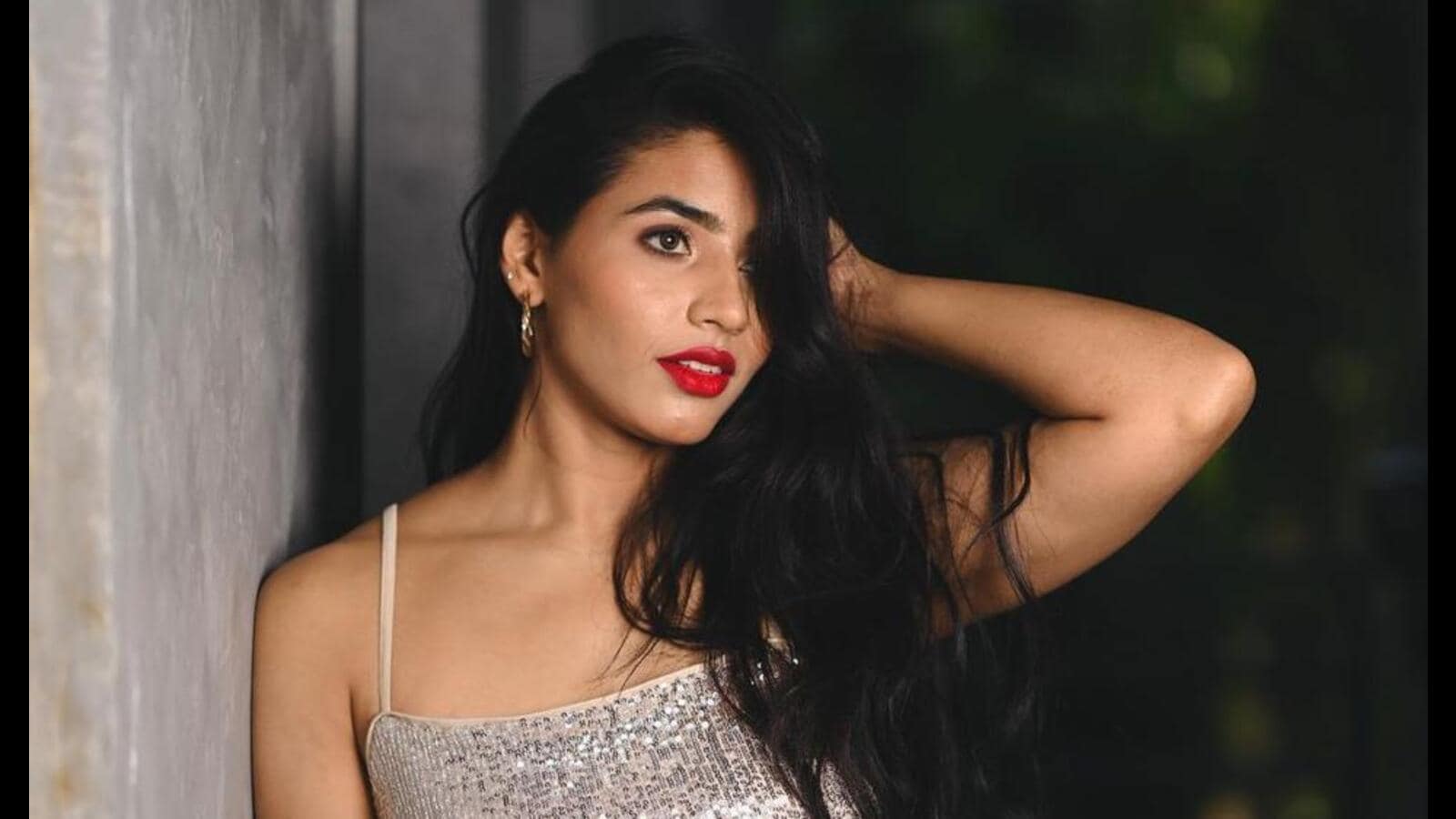 Actor Sapthami Gowda, who was last seen in Kantara (2022), is currently shooting for filmmaker Vivek Ranjan Agnihotri’s next, The Vaccine War, in Hyderabad. Excited about foraying into Hindi films with the Anupam Kher and Nana Patekar-starrer, Gowda says, “Vivek sir watched Kantara and spoke to Rishab Shetty (Kantara director and actor) sir. He mentioned that I’d be perfect for a character in his next. Rishab sir gave him my contact and Vivek sir called me and offered the role. He said, ‘I’ll be glad if you’d be a part of this film’. I got on board immediately. I was briefed about my character and a script was sent over to me soon. And just like that, I made my Bollywood debut.”

Although this is her third film as an actor and her first Hindi outing, the actor doesn’t see herself seeking a permanent place in Bollywood. “If any project appeals to me, I am happy to be a part of it. But I am always looking for Kannada film projects and that is my priority. I like the language. I have also signed a Kannada film called Kaali,” says the actor.

Speaking about her Bollywood debut and the importance of her character, the 26-year-old says that she started shooting on January 15 and so far, it has been a great journey, full of learning. “There are no lead characters in the film. Of course, the language barrier exists, but I’ve been working on it. My character is a little tough to play, but I feel every character is difficult. I believe you are not doing something right if you find a character easy to play. It is an exciting role and I am having a lot of fun shooting,” shares the actor.

As far as the language barrier is concerned, Gowda says she is learning to overcome the challenge. “Vivek sir has helped me immensely with getting my lines and accent right. He told me that I can learn the lines in Kannada or English, but I just have to make sure the sentiments are conveyed. It’s not the line that matters, but the emotion it carries. He said that my eyes have to speak more than my dialogues and that has stuck by me. He has been very supportive,” she ends. 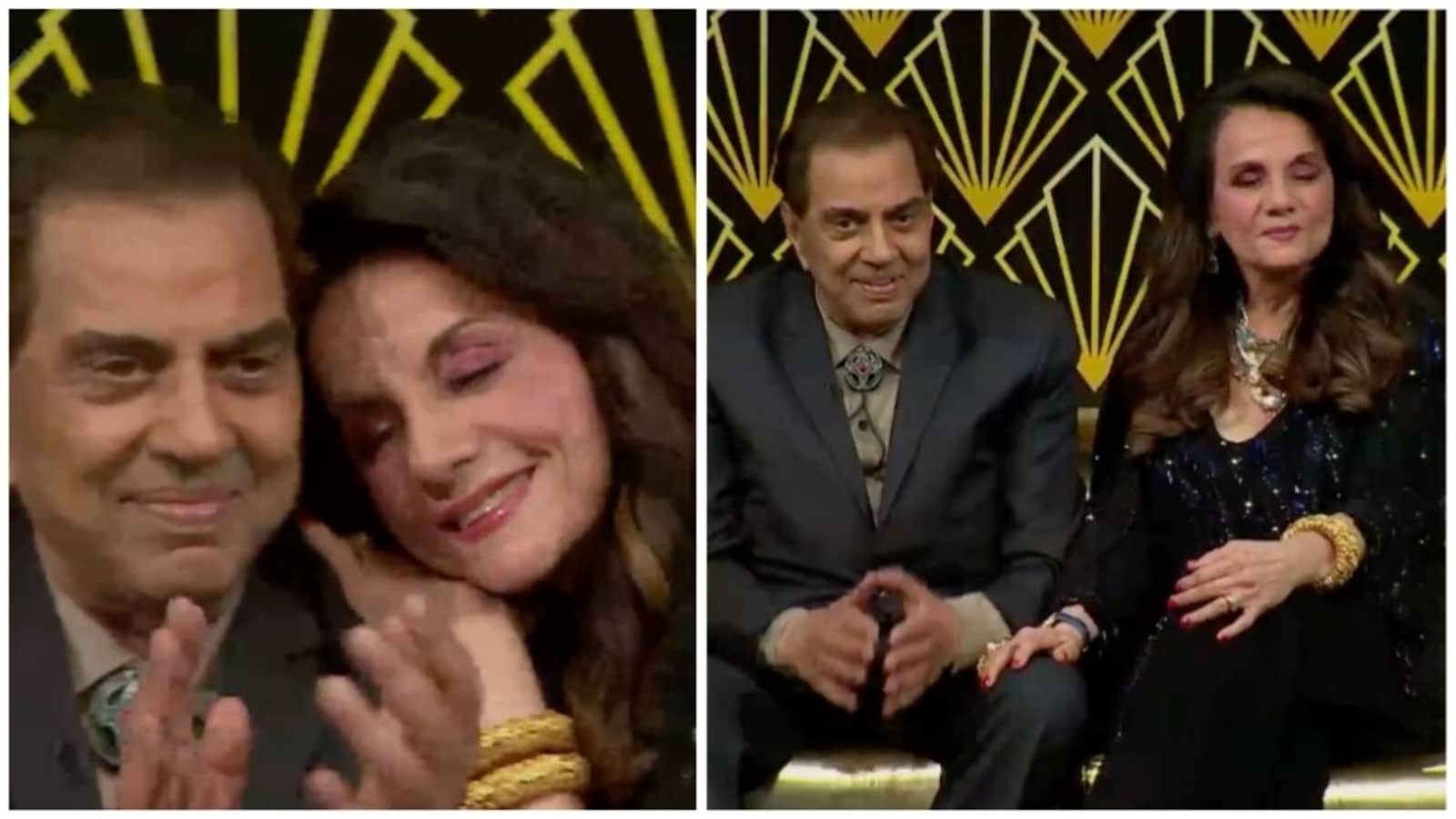 Mumtaz surprised her fans as she appeared on a TV show for the first time on Wednesday. Sony Entertainment Television has shared a new promo for the upcoming episode of Indian Idol 13, which will feature Mumtaz and Dharmendra as guests. (Also read: When Mumtaz said no heroine except Waheeda Rehman ever spoke to her, did not even say hello)

Dressed in a shimmery golden outfit with large golden bangles and her hair styled in big waves, Mumtaz sat next to Dharmendra on the sets of the show. Dharmendra was seen in a formal grey suit. Both of them held hands as host Aditya Narayan introduced Mumtaz to the audience.

“Today is a special day due to two reasons. First, Dharmendra and Mumtaz are seen together after 50 years, two stalwarts of Hindi cinema. They did two films together. Loafer and Jheel Ke Uss Paar, both released in 1973. Secondly, she never went to any show despite thousands of requests. For the first time, she has come here on her own accord to meet her favourite singers,” he said. Fans of the veteran actor were excited to see her again. “My diva Mumtaz love u,” read a comment on Sony’s post.

The 74-year-old actor Mumtaz made her debut with the 1958 film Sone Ki Chidiya at the young age of 11. She went on to feature in several hit films with Rajesh Khanna and they were a popular onscreen couple. After a break of 13 years, she came back onscreen with Aandhiyan in 1990, but quit acting after that.

Mumtaz doesn’t live in India but interacts with her fans through her daughter’s Instagram account. During an Instagram Live, she spoke about the possibility of her comeback to movies. “Bollywood? I do not know. I am not sure if I will get the kind of role that really touches my heart and it will be nice and people will appreciate it.” She then added, as her daughter laughed, that, “First I will have to take my husband’s permission. He will say, ‘Okay you can do one’. Then maybe I will. Otherwise no.”

Dharmendra is still active in the movies and will soon be seen in Karan Johar’s Rocky Aur Rani Ki Prem Kahani. 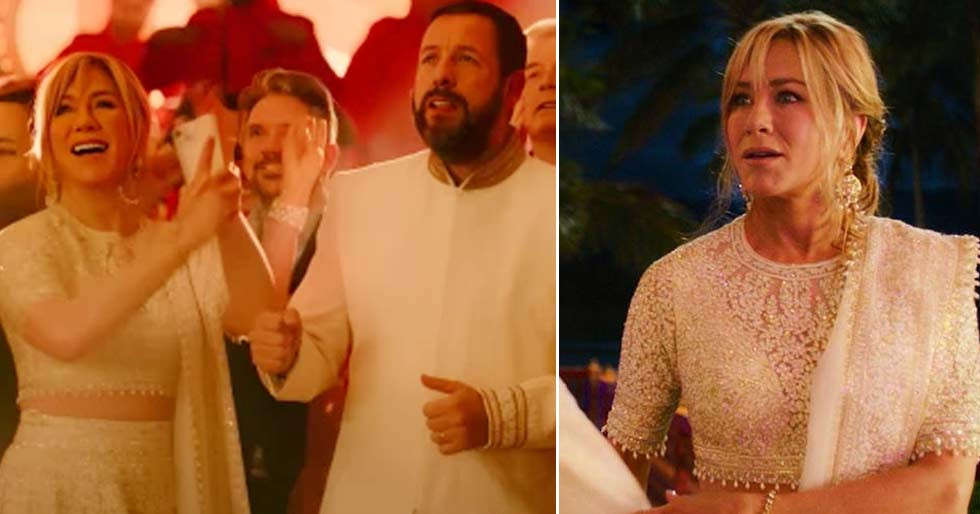 Hollywood stars getting clicked in Indian wear these days is not a rare sight. There are plenty of accomplished designers in India who have had their designs picked by International singers and actors who have flaunted traditional wear at various events. The latest is none other than Jennifer Aniston who went for a gorgeous Manish Malhotra lehenga in her upcoming film Murder Mystery 2.

Jennifer looked stunning as always, what was even more beautiful is how she truly went Indian with her choice of accessories to finish the look. She was seen sporting a messy bun and Kundan chaandbaalis.

Manish Malhotra has been a go-to Indian designer for many stars, hence this does not come as a surprise.