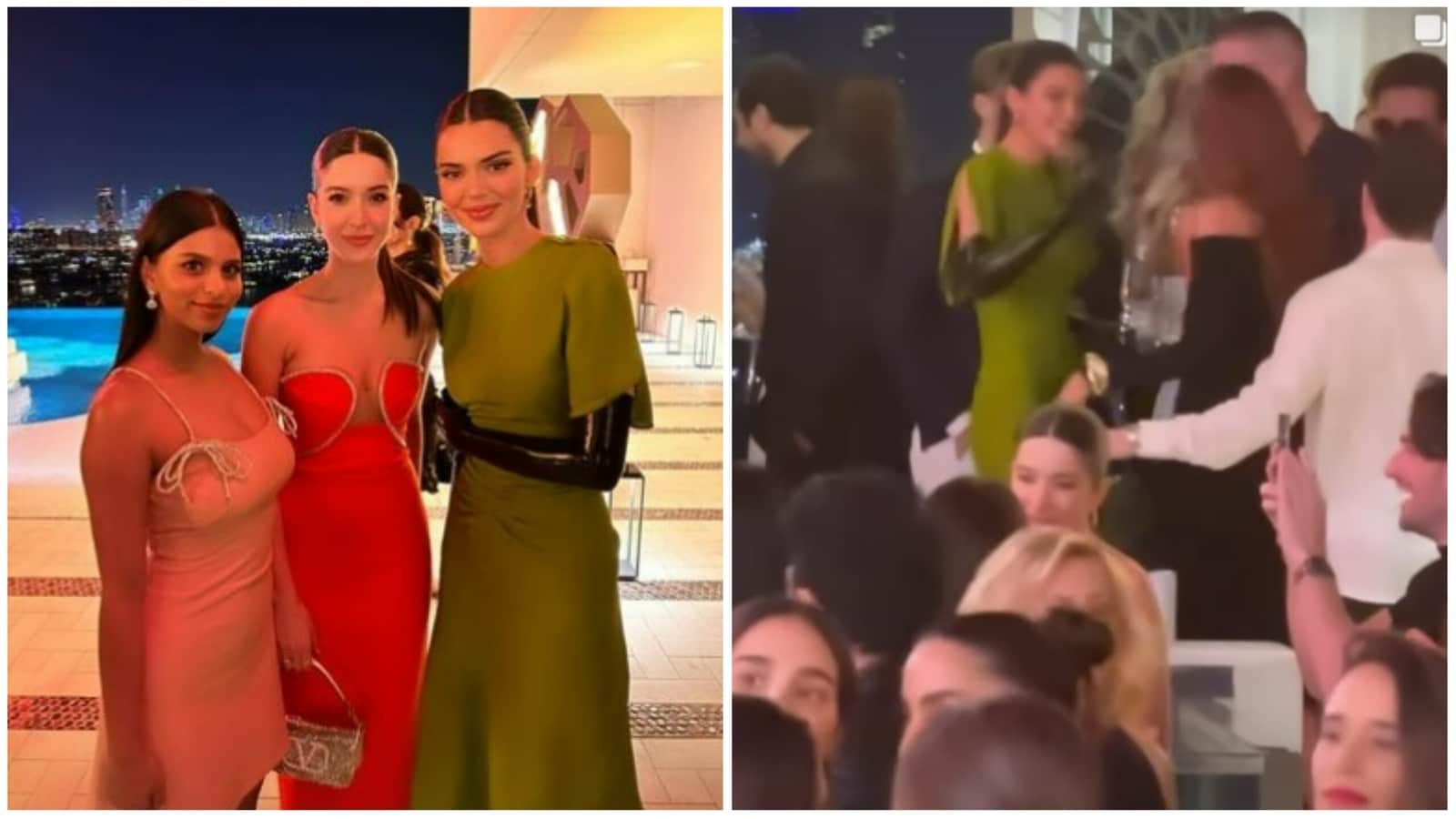 Suhana Khan and Shanaya Kapoor recently attended a party in Dubai which also had model Kendall Jenner in attendance. Shanaya took to her Instagram Stories to share a ton of pictures with Suhana from the evening. She also shared a picture of them posing with Kendall at the party. They all were attending the launch party of a luxury hotel in Palm Jumeirah. Also read: Shah Rukh Khan watches Pathaan with Suhana weeks after minister’s ‘he should watch it with his daughter’ demand

Suhana Khan was in a pink short dress while Shanaya was in a strapless, knee-length red dress. Kendall was in an olive green dress which she paired with latex gloves. Shanaya also shared a glimpse of Kendall chatting with other guests as she sat at a table behind her. She captioned it, “fun” with smiling emojis on her Instagram Stories. Shanaya also shared several solo pictures of herself from the bash.

Shanaya’s mom Maheep Kapoor also shared the video which featured Shanaya and Kendall in the same frame and wrote on her Instagram Stories, “I spot my girl”.

Shanaya is all set to make her acting debut with Karan Johar’s production, Bedhadak. The film stars her opposite two other debutants, Lakshya and Gurfateh Pirzada. It is to be helmed by Shashank Khaitan who also directed Shanaya’s cousin Janhvi Kapoor’s debut film Dhadak. The film was rumoured to have been shelved as the film didn’t go on floors even several months after the announcement. In July last year, Karan Johar denied the rumours and said it will go on the floors in the first half of 2023.

Suhana has already wrapped the shooting of her film, The Archies. Directed by Zoya Akhtar, it will also mark the debut of Shanaya’s cousin Khushi Kapoor, and Amitabh Bachchan’s grandson Agastya Nanda. Suhana is also rumoured to be dating Agastya. The film will release on Netflix this year and also stars newcomers Mihir Ahuja, Dot, Yuvraj Menda and Vedang Raina along with Tara Sharma and Delnaaz Irani. Suhana reportedly plays Veronica in the film.

BTS’ Jimin poses with Robert Pattinson in Paris. Here’s why he was less nervous

Paul Rudd Reveals the Marvelous Secrets to His Eternal Youth

Paul Rudd isn’t clueless when it comes to self-care.

At the age of 53, the Ant-man star has long been a hot topic online as fans marvel over how he doesn’t look like he’s aged all that much since his 1995 breakout film Clueless. So what’s his secret? It turns out the answer is more simple than we thought.

“Sleep,” Paul told Men’s Health for their March 2023 cover story. “Then diet. Then weights. Then cardio. People ask me, ‘Can you send me your meal plan? How many times a week do you work out? Do you drink? Do you eat carbs? Do you have a cheat day?’ The most important part of training is sleep.”

Paul explained that while many people tweak their schedule to prioritize heading to the gym, he thinks getting a proper good night’s rest is what really does the trick. 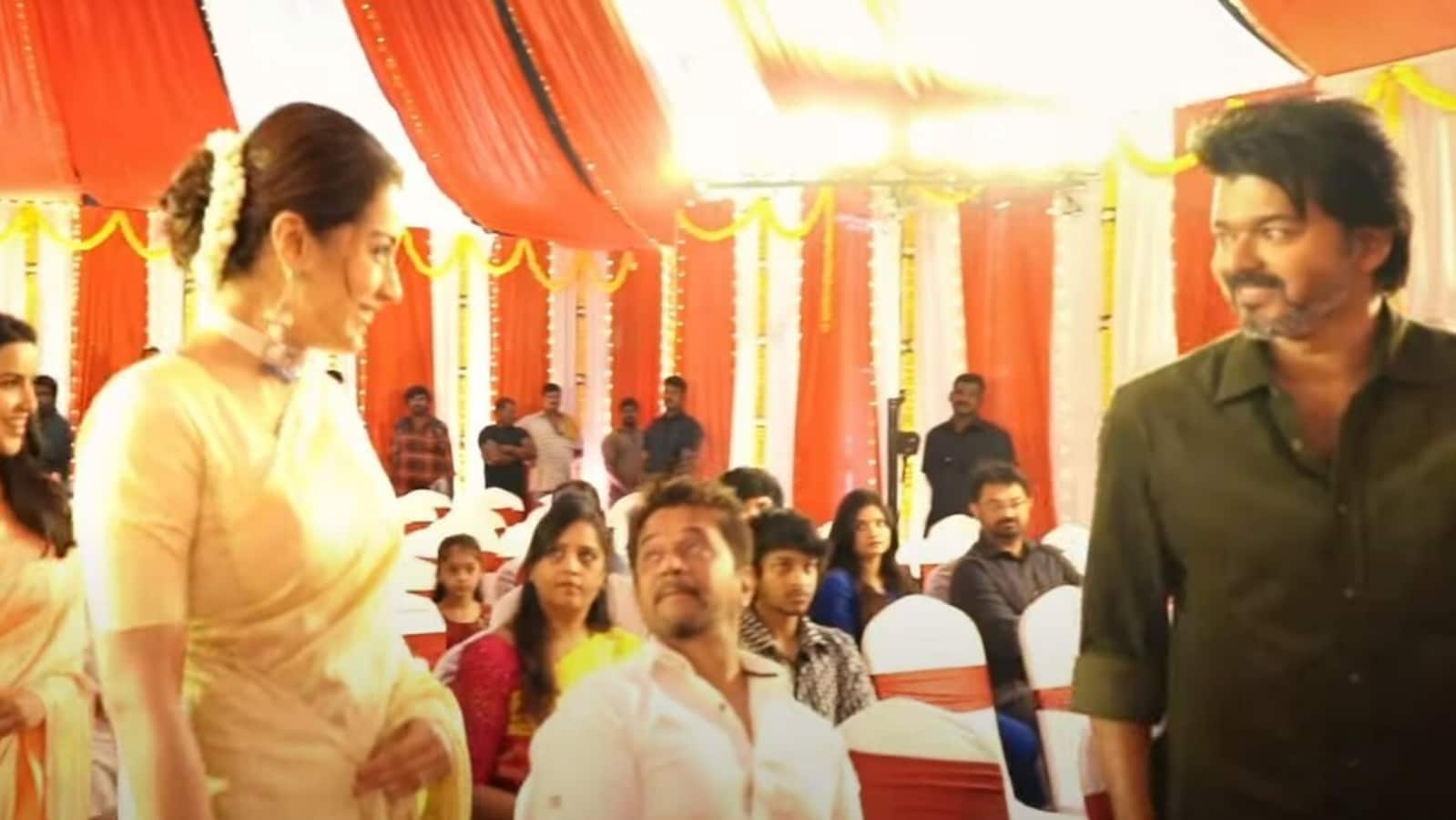