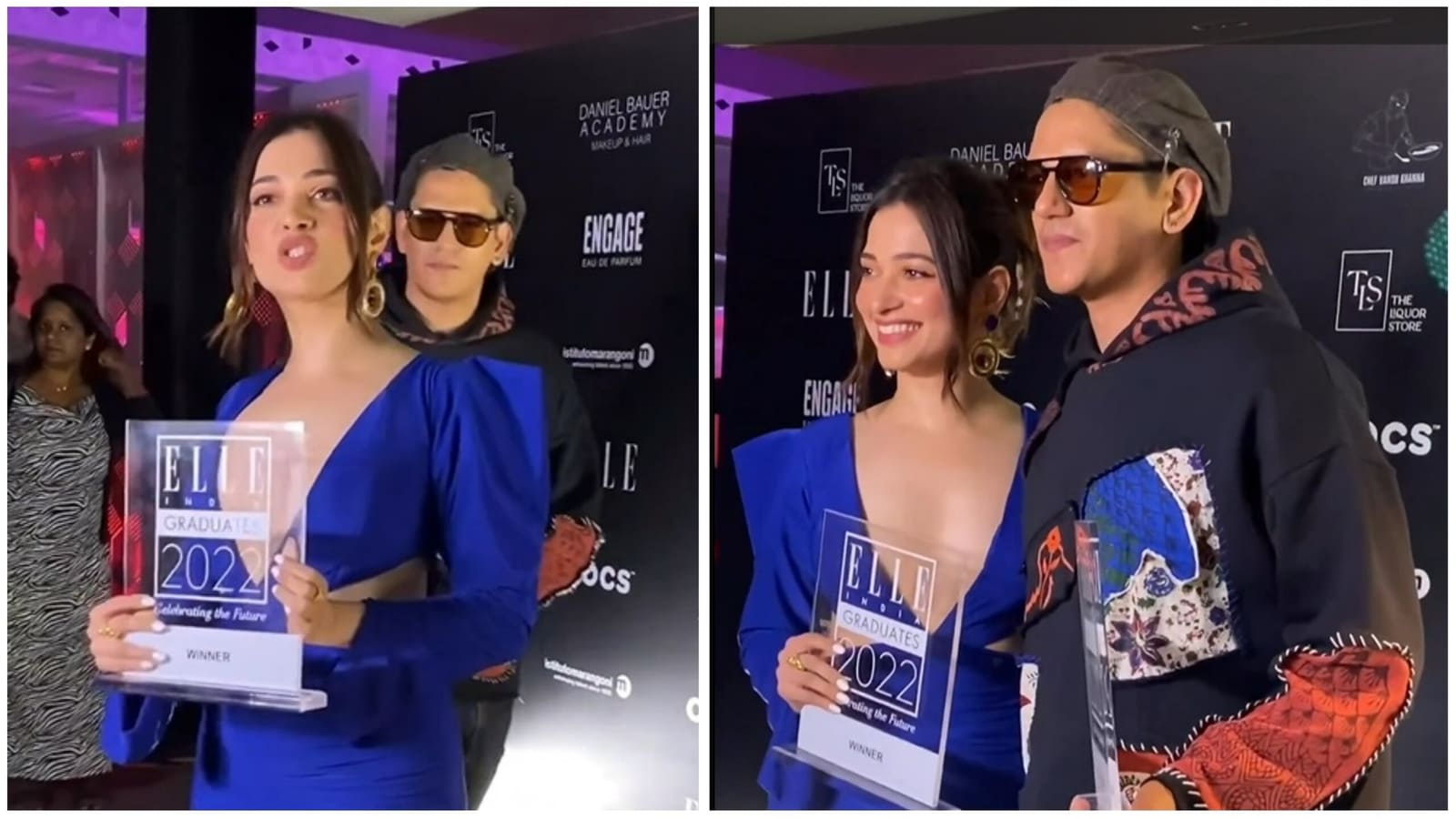 Weeks after being spotted together at a New Year party in Goa, Tamannaah Bhatia and Vijay Varma were seen attending an awards event in Mumbai on Sunday. They not just bumped into each other at the event but also went on to pose together for the paparazzi. Their fans loved the video of them from the event. Also read: Fans spot Tamannaah Bhatia and Vijay Varma ‘kissing’ at New Years party, are already ‘shipping’ them

A paparazzo account shared a video of the posing for photographs at the event. It shows Tamannaah in a blue dress, posing solo with her trophy. And then Vijay Varma enters the frame as he walks past behind her but stops to join her. They go on to pose together with a smile. Vijay was in a colourful jacket and black denims and had his hair covered with a barret.

Fans loved their chemistry though some also expressed their astonishment on how they are so different from each other. A fan reacted, “They are so cute together.” Another said, “They make a nice couple.” One more said, “That is a fire couple,” while yet another called them a “Great couple”. A person also commented on the video, “I am quite surprised with this jodi. She is well established and has been in the industry much longer than him. And this guy is relatively a newcomer. And looking at her and her huge attitude I always thought she might find a rich businessman as a life partner.” Another comment read, “tamanah se to kaafi accha actor h yeh (he is a better actor than Tamannaah.”

Around New Year, a video had emerged online and showed Tamannaah and Vijay getting cosy with one another as they rang in the year 2023 at a party in Goa. They seemed to be hugging and kissing as they danced together at the party. Few days later, they were seen arriving together at the Mumbai airport.

Tamannaah, 33, made her film debut with Chand Sa Roshan Chehra in 2005 and is one of the most established stars in Tamil and Telugu film industry. Her role in Baahubali films is one of her most famous work. Vijay, 36, made his film debut with Chittagong in 2012 and shot to fame with Gully Boy. He earned a lot of praise for his performance alongside Alia Bhatt in Netflix film, Darlings.

When Sidharth Malhotra revealed he got flak from women he dated: I haven’t had… | Bollywood 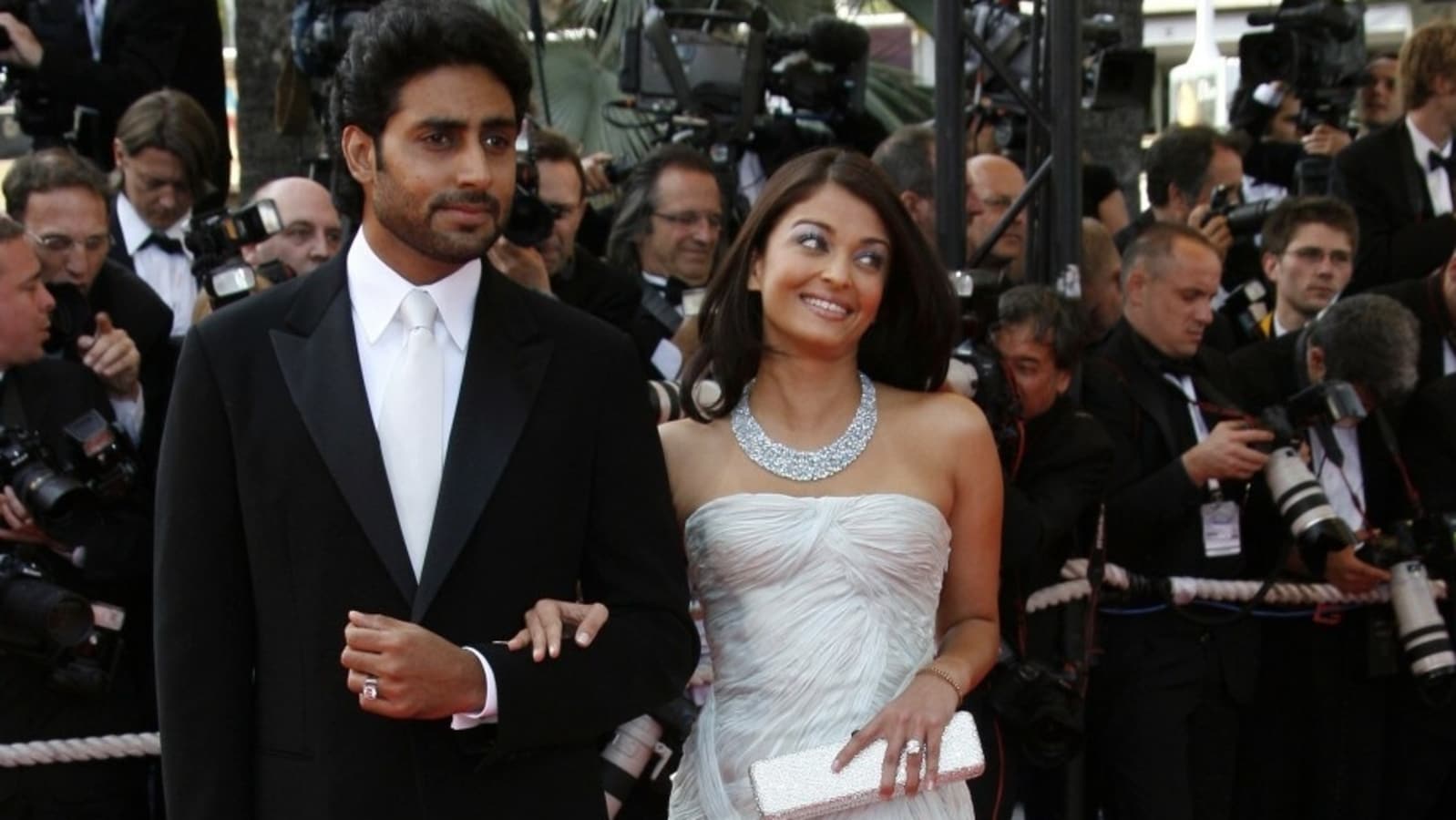 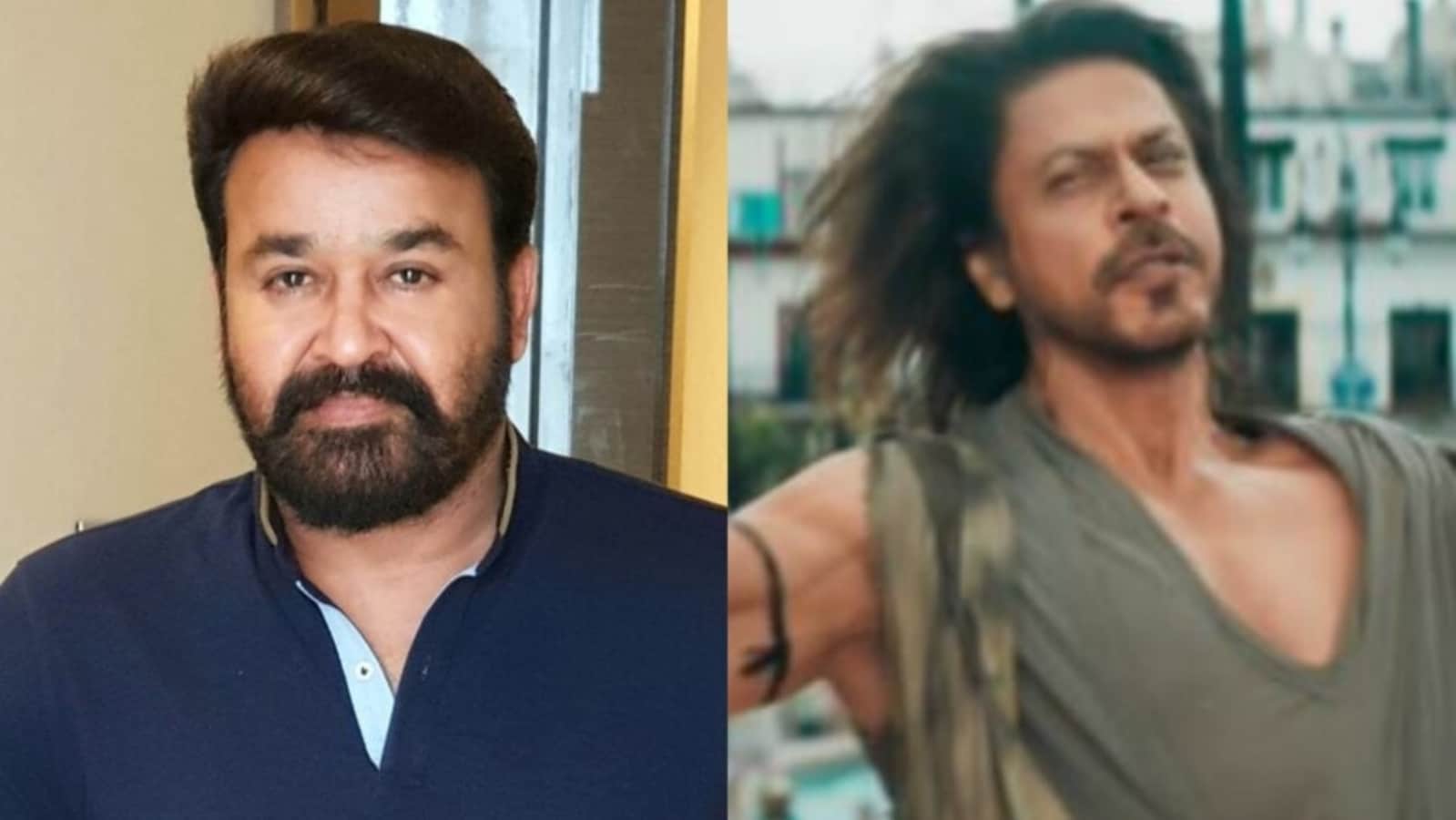 Mohanlal, who has had a string of flops in recent times, is currently shooting for Jeethu Joseph’s upcoming Malayalam thriller Ram. The plot of Ram has allegedly leaked on social media and many have compared it with Shah Rukh Khan’s Pathaan. However, Mohanlal’s fans have defended the comparison and said the plot of Pathaan is similar to every Mission Impossible film ever made. (Also Read | Pathaan: Shah Rukh Khan film grosses ₹634 crore worldwide, highest ever one-week collection for a Hindi movie)

Reacting to the leaked plot of Ram, some people called it Pathaan 2.0. A Twitter user shared the alleged leaked plot synopsis of Ram. The plot reads, “The film focuses on the efforts of R&AW to track down an agent and former spy of the organization. Ram Mohan, who went rogue and disappeared. The military needs his mental and physical abilities to deal with Bael, a terrorist group that possesses nuclear weapons capable of destroying an entire nation.”

Several Twitter users in the comments section pointed out that the plot is very similar to that of Pathaan. A person wrote, “For people saying it’s the plot of Pathaan, literally every Mission impossible movie has a similar plot – it doesn’t really matter as long as the execution is different and good (sic).” Another Twitter user wrote, “All spy films are about agents going rogues. There is nothing new in them but for the presentation which makes all the difference (sic).”

Ram, which will be released in two parts, marks the reunion of Mohanlal and Jeethu Joseph after Drishyam 1, Drishyam 2, and 12th Man. The film also stars Nayanthara, Sanjay Dutt, Trisha, and Indrajith Sukumaran.

This will be Trisha’s second Malayalam outing after she made her debut with Hey Jude starring Nivin Pauly a few years ago. It is believed that Trisha will be seen playing Mohanlal’s wife. She will feature with the Drishyam actor for the first time.

The movie will be produced by Ramesh P Pillai and Sudhan S Pillai under the banner of Abhishek Films. The first part of the franchise is expected to hit the screens later this year.

Mohanlal was recently seen in a single character Malayalam film Alone, which released last week and sank without a trace at the box office.