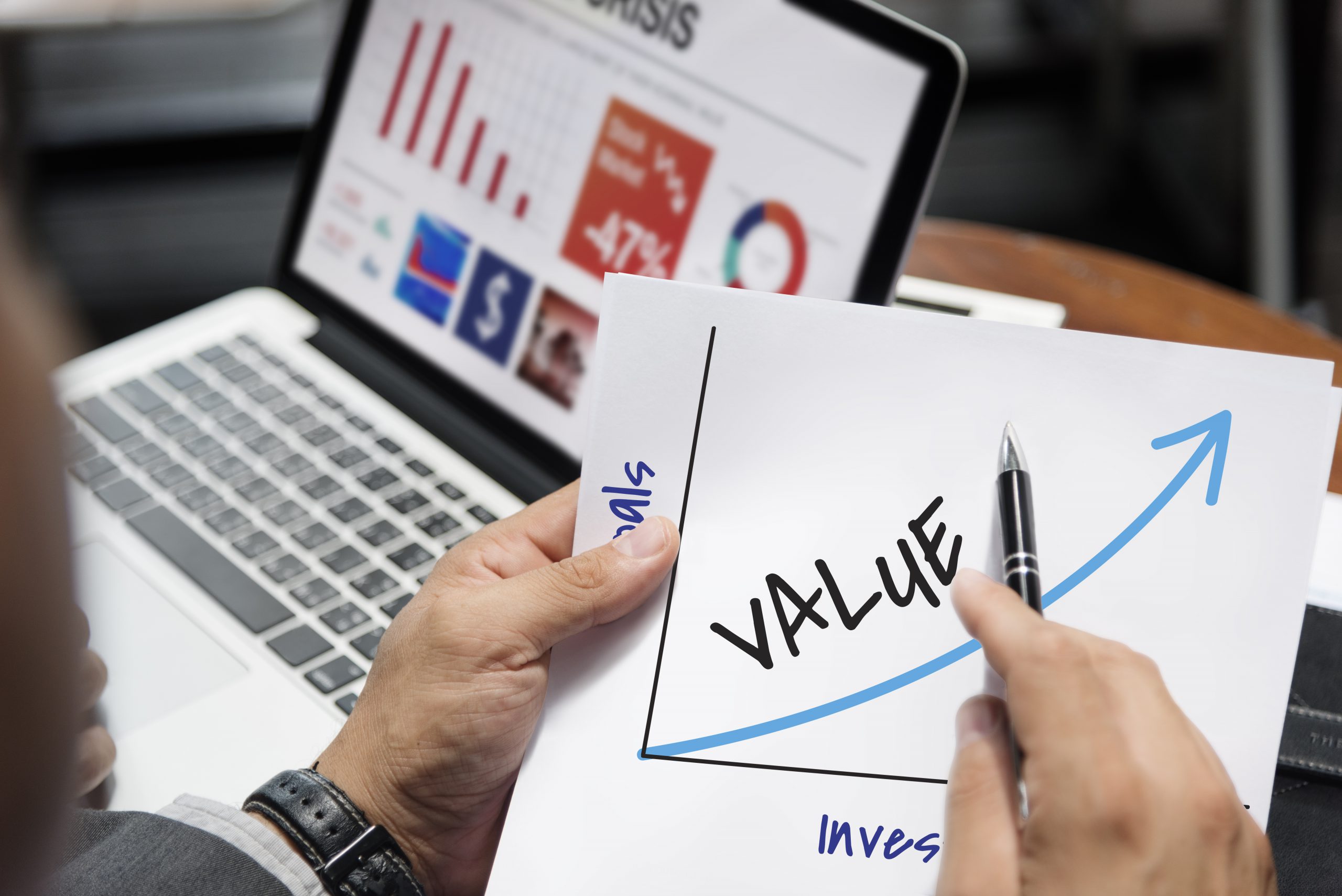 High inflation and subsequent interest rate hikes have put immense pressure on the stock market. However, cooling prices have raised investor confidence. Therefore, this could be the right time to scoop up quality stocks Mosaic Company (MOS), Ryerson Holding (RYI), and VEON Ltd. (VEON), which are currently trading at attractive valuations. Read on….

A year after the Feds’ aggressive interest rate hikes to curb sky-high inflation, the Consumer Price Index (CPI) for December increased 6.5% year-over-year. It decreased 0.1% over the prior month, slowing for the sixth consecutive month. This raised investor confidence, signaling that the Fed’s rate hikes are having the intended effect.

However, since the current inflation rate is still far more than the target, the central bank has given indications of continuing hikes at a slower pace until inflation falls below 2%. Post CPI report, the market is pricing a 0.25 percentage point rate increase next month.

Amid the toxic mix of the Fed’s hawkish stance, geopolitical tensions, and the shadow of a recession, the stock market slumped last year. As a result, investors seem more inclined to invest in cheaper stocks.

Jay Hatfield, chief executive officer at Infrastructure Capital Advisors in New York, said, “We do believe that value names will outperform this season as those companies tend to be much more domestically focused and are benefiting from the pandemic recovery.”

MOS and its subsidiaries manufacture and sell concentrated phosphate and potash crop nutrients globally. The company operates through its three broad segments of Phosphates; Potash; and Mosaic Fertilizantes.

On January 13, MOS announced that it had sold Streamsong Resort to Lone Windmill LLC, a Kemper Sports Management LLC subsidiary, for $160 million. The company intends to use the proceeds for funding for its global community investment activities and general corporate purposes.

In December, MOS declared a quarterly dividend of $0.20 per share on its common stock, payable to shareholders on March 16, 2023. This reflects the cash generation ability of the company.

MOS’ POWR Ratings reflect this promising outlook. The company has an overall B rating, which translates to Buy in our proprietary rating system. The POWR Ratings assess stocks by 118 different factors, each with its own weighting.

It has an A grade for Value and a B for Growth and Quality. Within the Agriculture industry, it is ranked #9 out of the 28 stocks.

We’ve also rated MOS for Sentiment, Momentum, and Stability. Click here to see all the POWR Ratings of MOS.

On November 2, 2022, RYI declared a quarterly cash dividend of $0.16 per share of common stock that was payable on December 15, 2022. This reflects the company’s ability to pay back its shareholders.

RYI reported net sales of $1.54 billion in the fiscal third quarter that ended September 30, 2022. Net income attributable to RYI increased 10.9% year-over-year to $55.10 million, while its adjusted earnings per share stood at $1.48.

It is no surprise that RYI has an overall B rating, which translates to Buy in our proprietary rating system.

RYI has an A grade for Value and a B for Quality. Within the Industrial – Metals industry, it is ranked #7 out of 37 stocks.

In addition to the POWR Ratings mentioned above, to see RYI ratings for Growth, Momentum, Sentiment, and Stability, click here.

On December 15, 2022, VEON and Turkcell Iletisim Hizmetleri A.S. (TKC) announced their collaboration to enable 194 million mobile users in Pakistan to get access to TKC’s BiP App’s Media, Messaging, and Instant Translations. This might benefit the company.

On November 24, VEON announced the launch of a scheme of arrangement in England via the issuance of a Practice Statement Letter to extend the maturity of the 5.95% notes due February 2023 and 7.25% notes due April 2023 issued by the company by eight months from their respective maturity dates.

VEON’s strong fundamentals are reflected in its POWR Ratings. It has an overall A rating, which equates to a Strong Buy in our proprietary rating system.

VEON has an A grade for Value and a B for Growth, Stability, and Quality. It is ranked first among the 46 stocks within the A-rated Telecom – Foreign industry. Click here for additional VEON ratings (Momentum and Sentiment).

MOS shares were unchanged in premarket trading Monday. Year-to-date, MOS has gained 5.58%, versus a 4.20% rise in the benchmark S&P 500 index during the same period.

About the Author: Sristi Suman Jayaswal

The stock market dynamics sparked Sristi’s interest during her school days, which led her to become a financial journalist. Investing in undervalued stocks with solid long-term growth prospects is her preferred strategy.Having earned a master’s degree in Accounting and Finance, Sristi hopes to deepen her investment research experience and better guide investors. 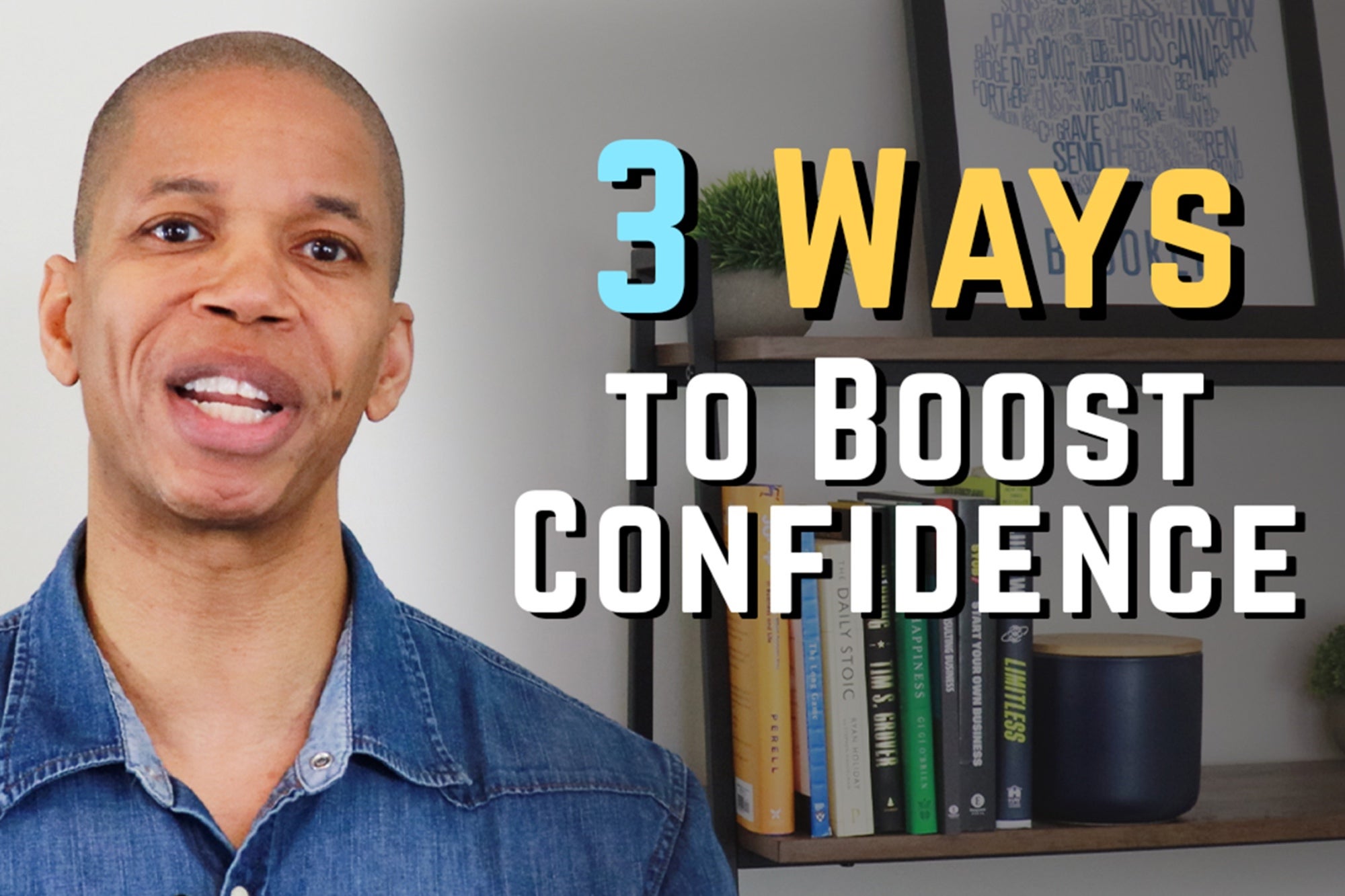 “As a business owner, you’re going to face all sorts of challenges,” says business development consultant and Entrepreneur magazine writer Terry Rice. “But a lack of confidence will tank your chances of success faster than any real obstacle.”

So how do you shake off imposter syndrome when you’re attempting something new? Here are three ways to boost your confidence.

2. Stop worrying about other people’s opinions. Most people are either rooting for you or ignoring you, so just focus on getting 1% better every day.

3. Learn to see failure as data. Think of every project, pitch, or sales call as an experiment. You’re testing something out, and if it works, great. If not, you’ve learned something and can improve your approach going forward.

Layoffs Abound, But These Major Companies Are Still Hiring 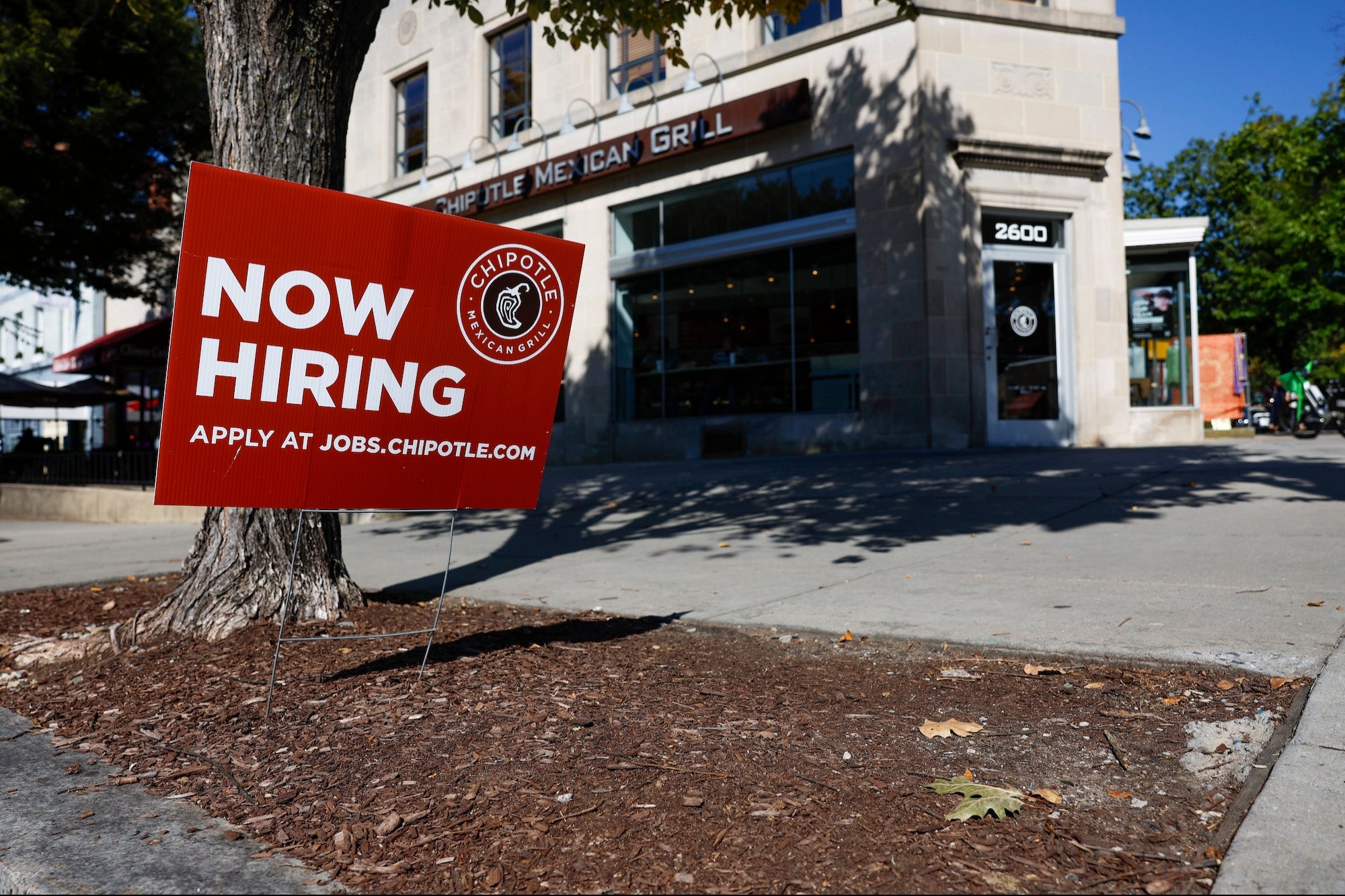 This year started off with massive layoffs — from Big Tech to real estate and beyond.

But it’s not all bad news.

Though many industries continue to brace for more job cuts, some of the most well-known companies are still hiring, per Insider.

Related: These Are the 2 Reasons Apple Has Avoided Mass Layoffs So Far

Economists remain optimistic about the 2023 job market, CNBC reported, noting that blue-collar workers may have more job security than white-collar employees. ZipRecruiter chief economist Julia Pollak told CNBC that despite headlines about mass layoffs, many companies “are starved for talent and leaving money on the table because they can’t run at full capacity.”

Related: Layoffs Affecting 1,600 Tech Workers a Day on Average in 2023

See Insider’s full list of hiring companies and the number of jobs they’re looking to fill below. 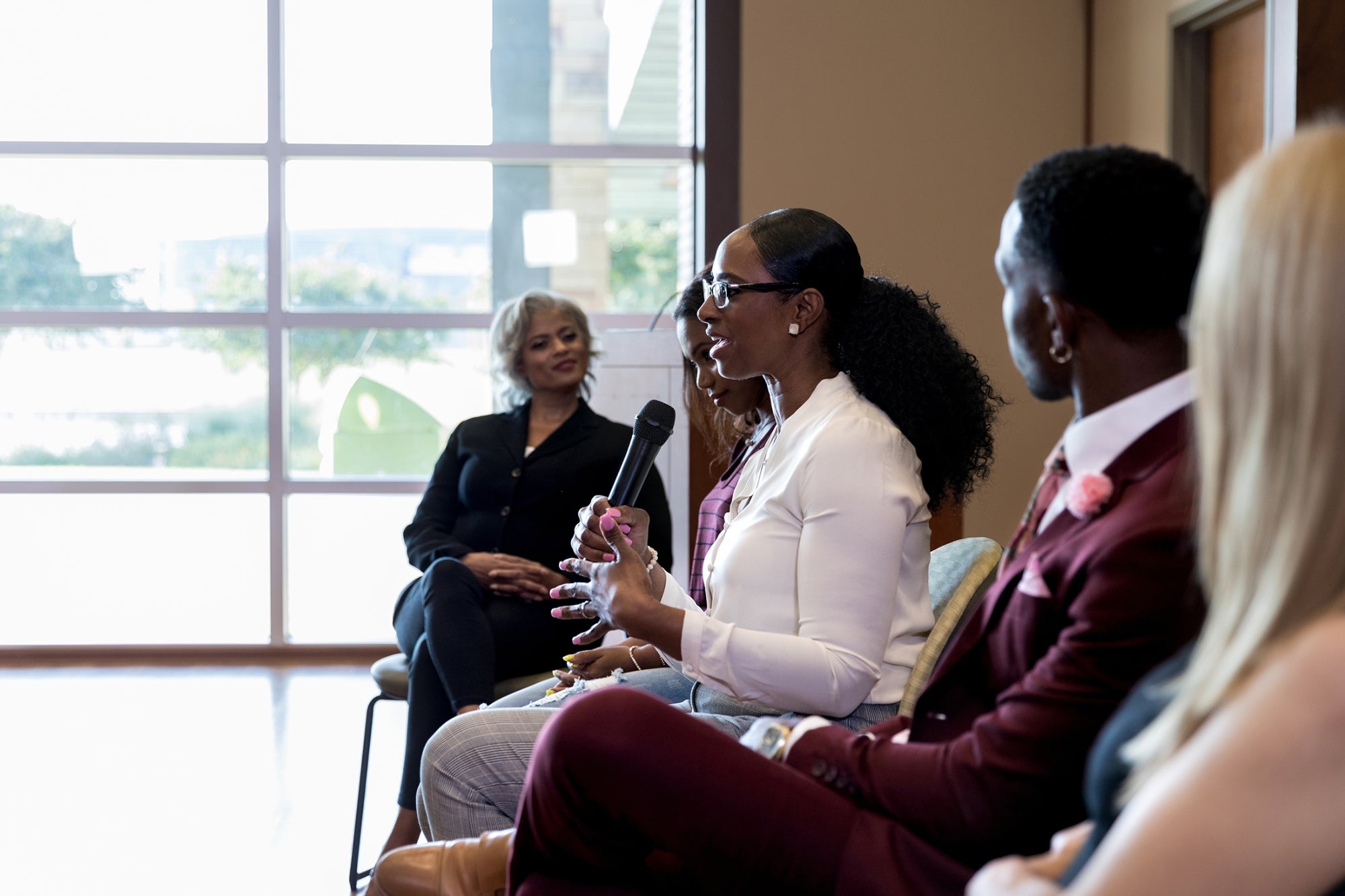 Celebrating Black History Month is a great way to honor the significant contributions African Americans have made throughout history. However, to create a truly equitable workplace and ensure that our employees feel seen, heard and valued daily, it’s essential to recognize Black history as an integral part of American history throughout the year.

Research shows that workplace diversity positively impacts employee engagement and productivity. In other words, creating an environment of inclusivity for all employees isn’t just the right thing to do, but it also makes good business sense. An authentic celebration of Black heritage throughout the year can help companies foster understanding and empathy among coworkers from different backgrounds. Such a celebration also allows employees to learn more about their colleagues’ experiences, promoting a deeper sense of community and understanding.

By recognizing Black history all year long, companies can show their employees they care while demonstrating a commitment to creating an environment where everyone feels seen, heard, valued and respected. Celebrating Black culture is one way to ensure all employees feel included in the workplace, no matter what month it is.

Here are six ways to be a better ally and celebrate Black History Month beyond February:

Make sure that all employees have access to accurate and current information about the African-American experience and contributions throughout history. Encourage employees to learn more about the accomplishments of African Americans in a variety of fields — from science and engineering to art, music and literature.

Related: Be Intentional About Diversity

Celebrate Black History Month by planning events that make meaningful connections to the African-American experience. Invite guest speakers to share their unique perspectives on Black success stories and create opportunities for employees to engage in dialogue about important topics such as race, identity and inclusion.

How to implement it: Engage in an open dialogue with employees about the types of events they would like to participate in, such as movie screenings, group discussions and panel talks. Use their input to plan engaging activities focusing on Black culture and history.

Related: Here’s the No. 1 Question White Leaders Ask Me About Black History Month

Show employees that their contributions are seen and valued by celebrating their success throughout the year. From recognition awards to career advancement opportunities, ensure you’re actively engaging with all of your employees so they know their work is appreciated.

How to implement it: Highlight employee achievements in company newsletters and recognize them at team meetings. These small gestures can go a long way in making your workplace more inclusive for everyone!

Consider hosting educational events such as lectures, workshops and brown bag lunches that focus on learning more about the roots of Black history in America. Provide professional development resources and opportunities for employees to engage in meaningful conversations around race, culture, and inclusion.

How to implement it: Invite experts in the fields of African American studies or Civil Rights to speak to employees about the history and legacy of Black people in America.

Include inclusive language, images, historical facts, etc., into all existing workplace diversity curriculums and training materials. Such a universal approach will help employees become more aware of the impact that race, gender and ethnicity have on daily workplace interactions.

How to implement it: Incorporate examples from Black history into existing diversity training materials such as videos, readings, and case studies. Ask employees for feedback about which resources would be most useful for learning more about Black history and culture.

Invest in mentorship programs focusing on developing collaborations between African American employees and their colleagues of other ethnic backgrounds. Establish safe spaces where everyone can share their experiences openly and without judgment.

How to implement it: Create an inclusive environment through team-building exercises, cross-cultural conversations and networking events. Facilitate dialogue among employees of different backgrounds and encourage them to share their insights and ideas.

Celebrating Black History Month is an important way to remind everyone of the contributions African Americans have made to our society over the last several hundred years. Yet it’s also important that we recognize these achievements throughout the year in the workplace. By incorporating authentic resources into the workplace, employers can create a more inclusive atmosphere for all employees — no matter what month it is.