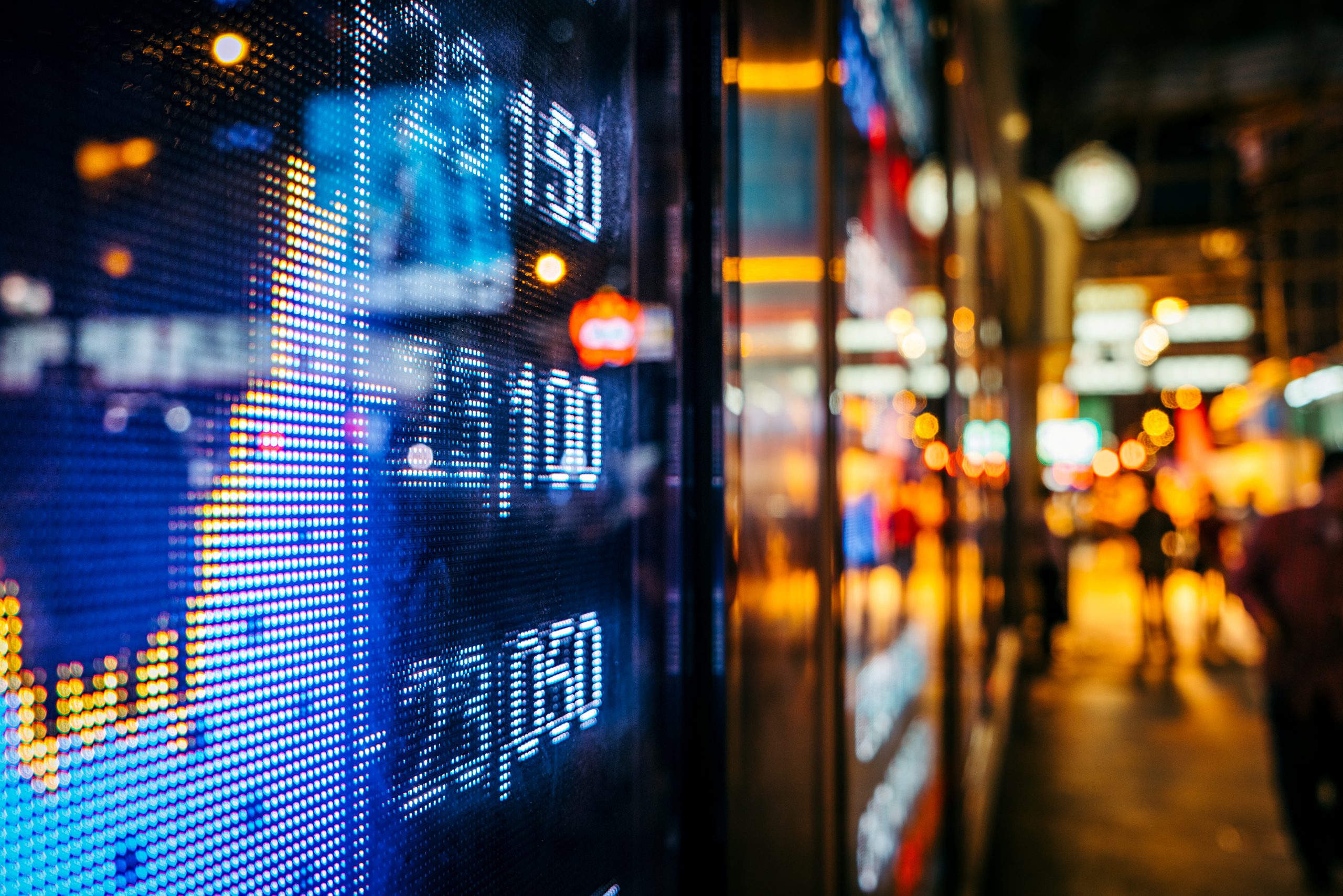 Microsoft Corporation (MSFT) has successfully transitioned to cloud computing from its past focus on data centers and packaged software. For the fiscal 2023 first quarter ended September 30, 2022, the company reported revenue of $50.12 billion, up 11% year-over-year, primarily driven by growth in Intelligent Cloud and Productivity and Business Processes.

The company’s Intelligent Cloud revenue increase was driven by Azure and other cloud services, while Productivity and Business revenue was driven by Office 365 Commercial and LinkedIn.

Moreover, the tech giant races to stake out its place in the generative artificial intelligence (IT) field. The company is considering a $10 billion investment in San Francisco-based research outfit OpenAI, which grabbed headlines last month with the launch of ChatGPT. MSFT is expected to add ChatGPT to its cloud-based Azure service “soon,” building on an existing relationship between the two companies.

The company’s financial strength positions it to pay attractive dividends to its shareholders. MSFT has a record of increasing its dividend for 18 consecutive years. On November 29, its Board of Directors declared a quarterly dividend of $0.68 per share, payable to shareholders on March 9, 2023.

MSFT pays a $2.72 per share dividend annually, which translates to a 1.14% yield on the current share price. Its four-year average dividend yield is 1.04%. The company’s dividend payouts have grown at a 10.4% CAGR over the past three years.

Last year, while each of the three major market indices suffered a broad sell-off, the tech-heavy Nasdaq Composite was by far hit the hardest. The Nasdaq lost more than 22% over the past year. Although the macroeconomic uncertainty punished MSFT, the stock remained relatively stable.

Shares of MSFT have gained 2.1% over the past three months to close the last trading session at $239.23. Furthermore, Wall Street analysts expect the stock to hit $286.13 in the next 12 months, indicating a 19.6% upside potential.

Here is what could influence MSFT’s performance in the upcoming months:

On December 14, 2022, MSFT and ViaSat, Inc. (VSAT) announced a new partnership to help deliver internet access to 10 million people around the globe, including 5 million across Africa.

Teresa Hutson, Microsoft’s vice president of Technology and Corporate Responsibility, said, “Working with VSAT, we will use satellite to reach remote areas, and rapidly scale and expand Airband’s reach, exploring a wider pipeline of projects and new countries where we haven’t yet worked.”

On November 3, MSFT and Raytheon Technologies Corporation (RTX), a leading aerospace and defense company, deepened their collaboration to co-develop capabilities. MSFT might stand to benefit from helping RTX execute its digital transformation.

Analysts expect MSFT’s revenue for the fiscal year (ending June 2023) to come in at $212.65 billion, indicating an increase of 7.3% year-over-year. The consensus EPS estimate of $9.55 for the current year indicates a 3.7% year-over-year increase. Also, the company has surpassed the consensus revenue and EPS estimates in three of the trailing four quarters.

MSFT has an overall rating of B, translating to a Buy in our POWR Ratings system. The POWR Ratings are calculated by accounting for 118 distinct factors, with each factor weighted to an optimal degree.

Our proprietary rating system also evaluates each stock based on eight distinct categories. MSFT has a B grade for Sentiment, consistent with its solid growth prospects. Also, it has a Quality grade of B, in sync with its higher-than-industry profitability metrics.

MSFT is ranked #9 out of 52 stocks in the Software-Business industry.

Beyond what I have stated above, we have also given MSFT grades for Value, Growth, Momentum, and Stability. Get access to all MSFT ratings here.

Tech giant MSFT’s revenue and EPS have grown at CAGRs of 16.1% and 20.6% over the past three years, respectively. Moreover, the company is poised to benefit from its strategic partnerships, investments, and strong demand for its products and services.

According to a report by The Business Research Company, the global software products market is expected to reach $2.36 trillion by 2027, growing at a 12% CAGR. Rapid digital transformation across industries should boost the market’s growth.

Amid uncertain economic conditions, MSFT’s reliable and increasing dividend ensures a passive income stream for investors. Given robust financials, high profitability, attractive dividends, and promising growth prospects, it could be wise to invest in MSFT.

How Does Microsoft Corporation (MSFT) Stack up Against Its Peers?

MSFT has an overall POWR Rating of B. One could also check out these other stocks within the Software-Business industry: Yest, Inc. (YEXT) with an A (Strong Buy) rating, and VMware Inc. (VMW) and Amdocs Ltd. (DOX) with a B (Buy) rating.

About the Author: Mangeet Kaur Bouns

The post The Best Software Stock on Wall Street to Buy Now appeared first on StockNews.com

David “Rev” Ciancio on How To Master Restaurant Marketing

Looking for Fast-Growing Stocks? Check out These 3 Names 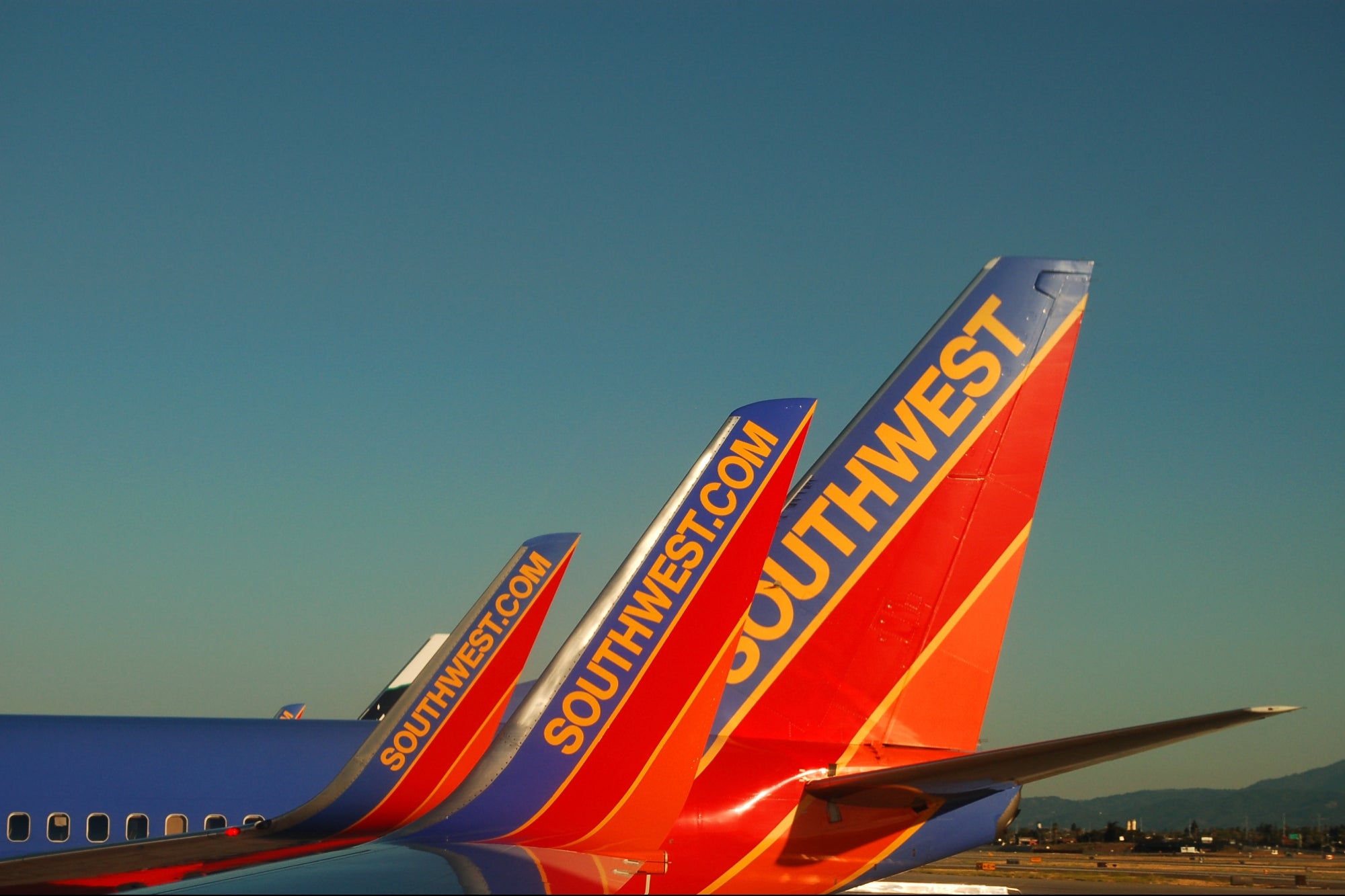 Following its disastrous Christmas travel season, which saw the cancellation of 16,700 flights, Southwest Airlines is testing new software fixes — and facing an inquiry from the Dept. of Transportation (DOT) for “unrealistic scheduling of flights.”

In a Thursday call with investors, the Portland Press Herald reports that Southwest CEO Bob Jordan defended the company’s systems and operating plans, saying, “Based on what we know at this point, our processes and technology generally worked as designed.”

Southwest had many cancellations over the holidays partly because their system requires crew members to call in instead of updating their availability electronically. On Thursday, the company’s COO, Andrew Watterston, called that “a problem” and then elaborated, “It wasn’t the problem for the situation. It was a symptom of the problem.”

Despite tech failures, the Press Herald notes that Bob Jordan said Southwest would shell out $1.3 billion for its upcoming upgrades this year. The “recent disruptions,” Jordan said, “will likely accelerate some of our plans to enhance our processes and technology.”

Following its disastrous Christmas travel season, which saw the cancellation of 16,700 flights, Southwest Airlines is testing new software fixes — and facing an inquiry from the Dept. of Transportation (DOT) for “unrealistic scheduling of flights.”

In a Thursday call with investors, the Portland Press Herald reports that Southwest CEO Bob Jordan defended the company’s systems and operating plans, saying, “Based on what we know at this point, our processes and technology generally worked as designed.”

Southwest had many cancellations over the holidays partly because their system requires crew members to call in instead of updating their availability electronically. On Thursday, the company’s COO, Andrew Watterston, called that “a problem” and then elaborated, “It wasn’t the problem for the situation. It was a symptom of the problem.”

Despite tech failures, the Press Herald notes that Bob Jordan said Southwest would shell out $1.3 billion for its upcoming upgrades this year. The “recent disruptions,” Jordan said, “will likely accelerate some of our plans to enhance our processes and technology.”

5 Ways to Become a Better Public Speaker This Year 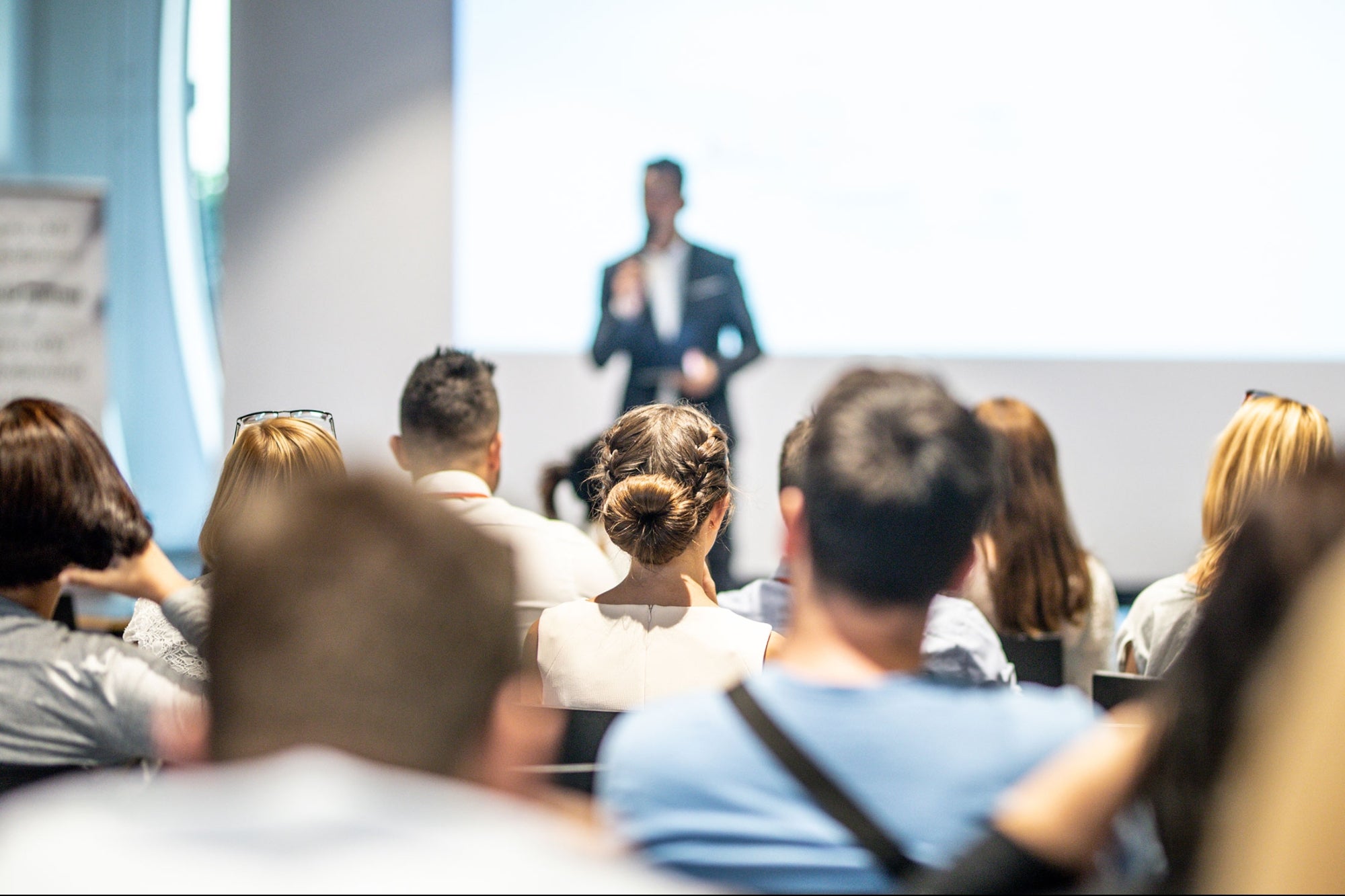 The ability to speak publicly is a skill that everyone can use. From coaches to entrepreneurs and writers, anyone who wants to get out into the world to market what they do needs to be an effective speaker.

This article will discuss five ways to become a better public speaker — five methods for sharpening your raw talents to morph into a more effective communicator overall.

Related: This Is the One Thing You Need If You Want to Get Paid Speaking Gigs

This tip comes from an exercise that musicians sometimes use while practicing.

The idea is to see if you can replicate your performance no matter where you are. As a speaker, you will encounter all kinds of scenarios and audiences. You have surely had distractions around you, being in front of people with different interests, being under different lighting and noise conditions and more.

Practicing speaking in different environments will force you to get comfortable performing under all circumstances. Without the crutch of your favorite environment, you have to remember your lines and recall cues completely on your own.

Another tip for becoming a more well-rounded speaker is to produce a variety of speaking content. Speakers don’t always have to stand on a stage and talk to live audiences.

I create speaking content across many channels — from my website and blog to YouTube and my podcast series. I distribute audio and video recordings of my speeches to my clients and promote them on my social channels. I go live on Facebook and other platforms to speak directly to my audiences that way. You can do the same.

This variety isn’t by accident. Producing these different types of content in the digital space allows individuals to sharpen their speaking skills and reach larger audiences than they could in person.

3. Get active on audio platforms

Here’s a speaking tip that doesn’t involve performing as much as learning from what others are already doing: Get active on professional audio platforms such as Clubhouse and Twitter Spaces to meet with like-minded individuals and discuss relevant topics.

Doing this lets you compare notes with industry counterparts while working on your speaking skills. You will endeavor to communicate with other business leaders and coaches from around the world and all different walks of life.

Related: The Role of Effective Communication in Entrepreneurial Success

4. Take every opportunity to speak

Speak to a group at every available opportunity. I used to wonder how I could speak to an audience when the professional invitations dried up for a bit, and the answer was local service groups.

Toastmasters International, Rotary International, Lions Clubs International and the Freemasons are all great examples of the types of organizations that not only perform good works for their local communities but also welcome speakers and presenters to deliver valuable information to their members.

I find chapters of these groups in many cities and towns that I visit. Having these groups near me allows me to cut down on my travel time and simply makes it more convenient to continue practicing speaking skills while also putting my abilities to good use for my community.

Not only will this help you with your skills at public speaking, but it’s a rewarding experience as well.

5. Work with a speaking coach

Finally, every speaker-in-training could benefit from working with a speaking coach or mentor. These professionals provide their clients with professional tips and feedback on everything from the words they’re using to how they’re delivering them to audiences.

Some speakers wonder why they can’t just rely on their friends and families to provide them with honest feedback, and there are some good reasons for not doing that. Family and friends are kind, but that’s exactly the problem. Speakers need the unrelenting honesty of professional coaches if they truly want to leave their bad habits behind and become stronger.

I hired a professional speaking coach to improve my skills, and I can attest that it pays dividends every single day in my career.

Related: Leading Speaking Coach Shares His Strategies To Get A Flood Of Clients From Webinars And Virtual Presentations

Communication is everything to professionals

Whether it’s in the world of business, non-profits or coaching, speaking effectively is vital to success. Communication means everything to professionals, and those who can’t tell others what they do and what they’re about can’t expect to get their visions too far off the ground.

I followed these five actionable tips for becoming a better speaker, and I came out on the other side as a communicator that I never even thought possible. You will do the same.