James O’Keefe and his Project Veritas were targeted by the Deep State FBI.  The FBI’s accomplice was New York Times reported Adam Goldman.  O’Keefe caught up with Goldman and released the video of his encounter this week.

The Conservative Treehouse reported on O’Keefe’s confronting Goldman from the New York Times:

Adam Goldman is a man of notoriously slimy disposition, who operates as a New York Times stenographer for the administrative state.  Goldman loves to see the targeting of Americans by the DOJ and FBI apparatus and is intoxicated by his perceived assistance in the destruction of others.  Goldman genuinely gets pleasure in seeing his targets suffer under the weight of the U.S. justice system. It brings him joy.

After Adam Goldman and the DOJ/FBI worked together in the operation to target James O’Keefe (Ashley Biden diary), O’Keefe is dragging the relationship out into the open. Goldman does not like it when the tables are turned, and he becomes the target of sunlight.

During the entire interview, it looked like Goldman had food in his mouth.  He was visibly upset to be put in the uncomfortable situation and he definitely was not going to admit working with the Deep State to take down O’Keefe and Project Veritas.

O’Keefe was raided by the Deep State FBI.  It was in reference to the Ashley Biden diary.  The Gateway Pundit reported on this raid at the time.

It turns out O’Keefe found out Goldman worked closely with the Deep State FBI to target him. 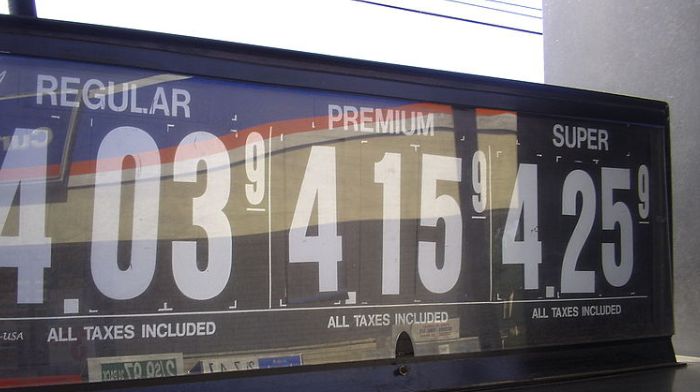 By Tom Gantert (The Center Square)

Gas prices at the pump rose for the fifth consecutive week and there isn’t much hope of prices going down in the near future, according to a industry analysis.

GasBuddy said that the national average of $3.49 per gallon reported Sunday is up 33.3 cents from a month ago and 14.1 cents higher than a year ago.

RELATED: Expensive Energy Is a Core Feature, Not a Bug, of Biden’s Climate Agenda

“The national average price of gasoline has risen for the fifth straight week as retailers pass along the rise in wholesale gasoline prices due to continued challenges: refinery utilization that still hasn’t fully recovered from December’s cold weather, and refinery maintenance season that’s just around the corner,” said Patrick De Haan, head of petroleum analysis at GasBuddy, in a news release.

“There appears to be little good news on the gas price front, with prices unlikely to turn around any time soon. Because of the surge in prices last spring, many refineries that had planned maintenance deferred maintenance until 2023. With the can kicked to this year, we may have similar challenges producing enough refined products to meet demand, especially with the European Union cutting off refined products from Russia starting February 5.”

RELATED: FLASHBACK: Gas Prices to Remain High in 2023, Projected to Peak at $4.12 per Gallon in June

AAA reported that the national average price was $3.50 per gallon as of Jan. 31.

“January’s weather was relatively mild in much of the nation, which led to more drivers hitting the road. However, a return of wintery conditions in February may see a revival of seasonal driving patterns,” said Andrew Gross, AAA spokesperson, in a news release. “… but with the cost of oil stubbornly hovering around $80 per barrel, drivers probably won’t catch a big break at the pump over the next week or two.” 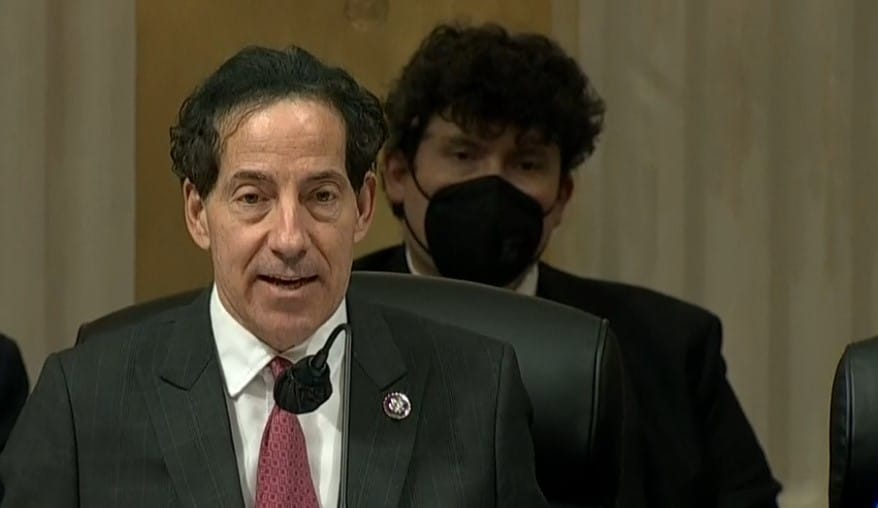 House Oversight Committee ranking member Rep. Jamie Raskin (D-MD) sent a letter to the Secret Service demanding any documents related to people who had access to Trump and Pence’s homes.

The Committee on Oversight and Accountability is investigating former President Donald Trump’s and former Vice President Mike Pence’s mishandling of sensitive, highly classified documents. Last August, the Federal Bureau of Investigation (FBI) retrieved thousands of government documents from former President Trump’s Mar-a-Lago Club, including hundreds of documents with classified markings, after he rejected multiple requests to
voluntarily turn the records over to the federal government.

Just last week, news reports revealed that attorneys for former Vice President Pence discovered approximately a dozen documents with classified markings at his home in Carmel, Indiana. Given that the U.S. Secret Service provided protection for Mr. Trump and Mr. Pence during the time they stored classified
materials at their respective residences, the Committee is seeking information from your agency regarding who had access to former President Trump’s Mar-a-Lago Club and former Vice President Pence’s personal residence since leaving office.

The Secret Service does not maintain visitor logs to private homes, so what Raskin is asking for is any documents that would show who had access to the homes, because those people could also have access to government documents and classified information.

The Biden and Pence situations appear to be different from Trump’s. Biden and Pence seem to have inadvertently ended up with documents in their homes. There is a case to be made that Trump knowingly stole documents, lied, and refused to give them back.

Rep. Raskin is not about to allow Republicans to play games and minimize Trump and Pence while attacking President Biden. Hurts paraphrased John 13:7 in a post-game news conference Sunday after the Eagles vanquished the San Francisco 49ers in a blowout NFC championship victory.

The quarterback brought up the saying of Christ in response to a question about his early career — in which he’d slipped in the 2020 NFL draft. Hurts at one point admitted that he didn’t believe the Eagles even wanted to draft him.

“My favorite verse — You know, I went through a lot of stuff in college, and it kind of stuck with me,” Hurts explained.

This was at the end of Hurts’ presser last night. He never gives you much but left a message going out. pic.twitter.com/O2S564C1mE

Should more athletes speak publicly about their faith?

The Eagles dominated Sunday’s NFC Championship game, blowing out the 49ers 31-7 in a win that places Philadelphia in the Super Bowl for the second time in six years.

Hurts has pointed to the saying of Jesus on social media before — including when he was drafted by the Eagles.

Hurts previously shared the verse as a University of Alabama quarterback.

He later transferred to Oklahoma to finish his college career before entering the NFL draft.

Jesus replied, “You do not realize now what I am doing, but later you will understand”

The saying comes from a moment in the Gospel of John in which Christ washed His disciples’ feet — on the same evening as the Last Supper.

I’m so proud to see Jalen and Patrick as the first 2 African American QBs to face each other in the Super Bowl!

The 2023 Super Bowl is the first in which two black quarterbacks will start for the opposing teams.

This article appeared originally on The Western Journal.